Shake the labels and live your fantasy – Part 2 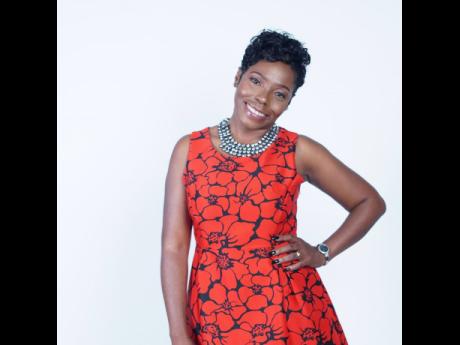 Having surrendered her life to the Lord, Nicole Kenwood-Brown discovered that it came in phases and different junctures, revealing that her biggest surrender as a believer came one night while in a state of depression and brokenness.

“While lying on the floor and crying out to the Lord – jobless, churchless, penniless, helpless and hopeless – where everything was ripped away from me, I heard the voice of the Holy Spirit whispering into my spirit saying, 'pain for purpose', to which I queried, 'Lord, do You mean the purpose of pain?'”

She said the response was swift: “No, pain for purpose”. It was then she said she knew that there was absolutely no turning back for her, while revealing that, of all the times she has felt pain in her life, that time was the most intense.

Six years ago, Kenwood-Brown said she felt a strong conviction from the Lord to leave her nine-to-five job to be a stay-at-home mom for a season. That season opened the door, she said, to her discovering who she really is.

“While being at home, something very tragic happened in my immediate family that drove me into a state of deep depression which lasted for almost a year. I was so depressed and out of it that I had my four-year-old daughter feeding and bathing her two-year-old sister. I could barely get through my days. Plagued by insomnia and loss of appetite, I began to diminish. I started hearing voices and felt as if there were insects crawling around in my head. No matter what cocktail the doctor mixed, I still could not sleep. At one point, I was taking three different types of sleep aids, but still no rest. I did all kinds of tests, which came back negative. All the while, my blood pressure just kept skyrocketing,” Kenwood-Brown shared with Family and Religion.

It was while in that situation that she reached out to a friend for assistance to gain clarity on the way forward. The friend encouraged her to write a book and give motivational talks like she used to do.

Kenwood-Brown said she started three drafts on her book, but could'nt see them through. She finally reached out to a book coach and soon she came up with a strategy and started writing.

“I created a monthly empowerment programme for women called 'Women of Passion, Purpose & Power'. Out of this, I began to work on a longtime desire through promotional items and a cake sale, to raise funds to implement an educational scholarship programme for single mothers who are desirous of furthering their education, which I intend to launch this coming year,” she said.

Through the programme, Kenwood-Brown said she has seen lives changed, persons giving their hearts to the Lord, marriages improving and women finding their place in Christ and in the community.

Today when Kenwood-Brown talks empowerment of women and their letting go of the labels, she herself knows only too well about letting go of labels and moving on.

Sharing her testimony of overcoming the odds and moving past labels, she said her son, who was tagged to be a criminal because of the poverty and hopelessness that was all around him, is now the first male in their family to graduate from university.

After being placed at a non-traditional high school with an average of 60 per cent, he left that institution with eight Caribbean Secondary Education Certificate subjects and the title of head boy of the school. He was featured in a local newspaper for his football playing prowess and later successfully completed sixth form at a traditional high school, earning another six subjects.

Meanwhile, her daughter went through high school on a full Government scholarship and is now the recipient of a medical scholarship.

“I know to some it may not seem like a big deal, but I was abandoned with these guys by their fathers. Porridge and Food For The Poor manna pack were our main staples, and, for the most part, I begged and gave up all luxuries to ensure that they were never out of school. We wore hand-me-downs. Our electricity got disconnected quite often, and it got so bad one day that I walked to Food For The Poor just to get something for us to eat, because despite having a full-time job, we were barely surviving,” Kenwood-Brown said.

She shared that God is not just a ‘sprint’ God to deliver quickly, but He is also a ‘marathon’ God who is awesome at sustaining through the most difficult times.