Is Trelawny a criminal’s paradise? 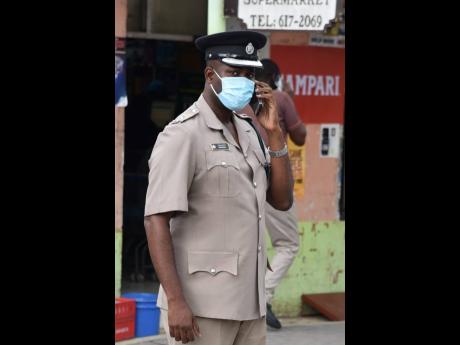 Photo by Mark Titus
According to Superintendent Carlos Russell, head of the Trelawny police division, his team has kept crime at an acceptable level and has been keeping a watch on problem areas such as Deeside, Ulster Spring, Wait-A-Bit and Bunkers Hill. 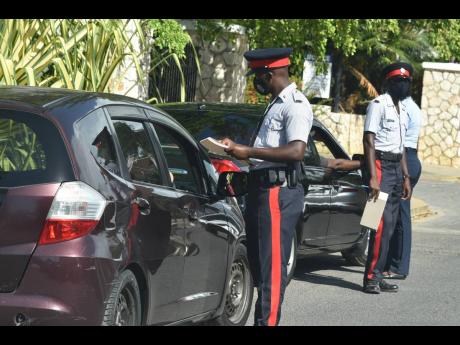 Photo by Mark Titus
Police officers on duty in the resort town of Falmouth, Trelawny
1
2

While the murder rate remains a major scourge across Jamaica, the parish of Trelawny has managed to maintain order within its borders, but the police are concerned that perpetrators of crime from other parishes are among those acquiring properties...

While the murder rate remains a major scourge across Jamaica, the parish of Trelawny has managed to maintain order within its borders, but the police are concerned that perpetrators of crime from other parishes are among those acquiring properties in the once sugar-dependent communities.

Considered as one of the safest parishes in Jamaica, Trelawny is poised to become the country’s next big resort area. To date, it has pulled in billions of dollars in investment in hotel development and currently boasts over 2,000 rooms. There are also nine housing developments in the parish, including the upscale gated communities Stone Brook, Florence Hall, and Coral Spring.

According to divisional commander, Superintendent Carlos Russell, his team has kept crime at an acceptable level and has been keeping a watch on problem areas such as Deeside, Ulster Spring, Wait-A-Bit and Bunkers Hill.

“We do not have any hotspots right now, we have brought this to a tolerable level, but we are still concerned about the Wakefield area,” Russell shared with The Sunday Gleaner, adding that his concern was that “a lot of the criminals in St James, Hanover, and as far as Westmoreland are now coming to Trelawny.”

He continued, “A lot of them live in the gated communities, but they just domicile here, so during the days, they are in other parishes committing their criminal acts and they come home at night because there is a level of security in these gated communities. You find that even up in the hills of Ulster Spring and Wait-A-Bit, people are moving over and it’s affecting us.”

According to statistics from the Jamaica Constabulary Force (JCF), for the period January 1, 2021 to July 7, 2021, all the western parishes showed a decline in break-ins and rapes, but shootings increased in Trelawny and Westmoreland. Murders are up in all divisions except Trelawny, which recorded six, four of which were domestic-related.

Banker Andrea Lowe-Garwood and construction worker Nickeisha Keeling are among the four domestic-related murders the parish is grappling with.

Lowe-Garwood, who lived in one of the gated communities, was killed in a worship session at the Agape Christian Fellowship Church in Falmouth in January, when a man posing as a member of the congregation pulled a firearm and shot her several times in the upper body.

As for Keeling, she was reportedly chopped and killed by her jealous boyfriend in May, who allegedly walked to the police station where he told investigators what took place.

And while 23-year-old Stephina Ralston is a survivor of domestic abuse, she is desperately seeking to have the case against her attacker dropped and for them to pick up and continue their lives together.

Ralston was nearly disembowelled in a stabbing attack, allegedly by her boyfriend Anthony ‘Israel’ Bailey, seven weeks ago.

For Pauline White-Anderson, principal of the Bunkers Hill Primary School, unemployment is a major concern in Trelawny, with most of the employable displaced by the emergence of COVID-19.

“Two years ago there was an upsurge in gun crime, but three persons who were the alleged gang leaders were killed by the police. There was great fear in the community, but the police now have a great relationship with the young men, so things have toned down,” she shared.

However, there was an unfriendly atmosphere when The Sunday Gleaner visited the Bunkers Hill community last week. All but one person was unwilling to offer any information, and the unfriendly fear was enough warning against taking photos.

Superintendent Russell said comparatively, Trelawny’s culture is different from the other three divisions in Area One, which he believes is a major contributing factor.

Pothole-filled roads pepper the parish, especially in the most rural communities, making it difficult for both civilians and the security forces alike. Most of the employed operate in the hospitality sector, but some are unemployable and have remained out of work since the death of the sugar industry.

Respected Trelawny businessman and social activist, Dennis Meadows, has high praise for the proactive approach of the police, but argues that the parish could soon become a battleground for the lawless, as the social ills plaguing the more volatile neighbouring parishes are similar.

“If you force your citizens to grow up in an ugly, hard environment you cannot expect them to emerge as gentlemen and ladies,” said Meadows, who lost the Trelawny Northern constituency to the People’s National Party’s Victor Wright in the 2016 general election. “With all the effort and credit that is given to the local police, I think in the future they will be overwhelmed if this is allowed to continue.”

He continued, “If we allow our people to squat in informal communities without basic infrastructure, where they defecate in scandal bags or throw it over the gully, they will be surrounded by ugly zinc fences, a hard environment.”

Meadows, also a former government senator, believes that the growing list of over 10,000 housing solutions across the parish in the last 10 years must be supported by more jobs for both the migrating and indigenous people of Trelawny.

“In the last 20 years, we have had poor leadership in Trelawny, not just political leadership, but civic and commercial,” Meadows told The Sunday Gleaner.

“We don’t have a vibrant chamber of commerce to champion the issues affecting business, despite an increase in commercial activity, and there is a desperate need for the strengthening of the local authority.”