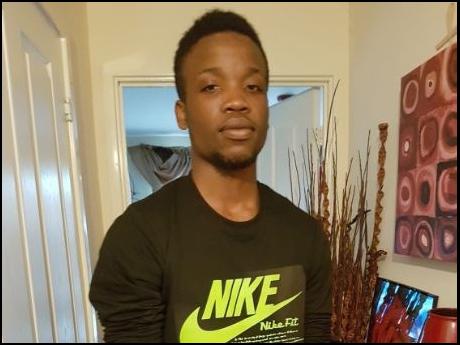 The decision to allow Osime Brown to remain with his family in the United Kingdom was announced today by the Home Office.

The British Government has withdrawn the deportation order for an autistic Jamaican man at the centre of an international saga.

The decision to allow Osime Brown to remain with his family in the United Kingdom was announced today by the Home Office, his mother Joan Martin confirmed to The Gleaner moments ago.

Martin was “too overwhelmed” to speak, but released a statement to the media.

“I am pleased to let you know that the Home Office has made the right decision for Osime to remain with his loving, caring family,” the statement said.

Responding to questions from The Sunday Gleaner last October, the Home Office confirmed, through the British High Commission in Jamaica, that Osime was convicted of robbery, attempted robbery and perverting the course of justice in the Wolverhampton Crown Court on July 30, 2018.

He was convicted under Britain's controversial Joint Enterprise legislation, which critics say disproportionately targets blacks and other minority youths.

Four days after the conviction, Osime was ordered to serve a total of five years in prison.

He was released to his mother on October 7 last year.

But he immediately faced deportation to Jamaica from where he migrated in 2002.

Under the UK Borders Act 2007, a deportation order must be made in the case of a foreign national who is sentenced to a period of 12 months or more.

Martin extended an olive branch to the Home Office after the decision was announced.

“To the Home Office, I will not be rootless as the people who have inflicted pain and suffering on my family. I will respond with love because we know no other way. Thank you for allowing my son to stay in his home and in the only country he has ever truly known,” the statement said.

The Jamaican woman, with the support of an international coalition of supporters, lobbied the UK government to reverse Osime's deportation order.

She detailed in a Sunday Gleaner article last October how her then teenage son was removed from her home after he complained to school administrators that she was “too strict”.

Martin revealed, too, that Osime was transferred throughout the child care system 28 times.

She said it was during this period her son had his first-ever brush with the law.