Children’s Advocate wants mothers to be more protective of girls 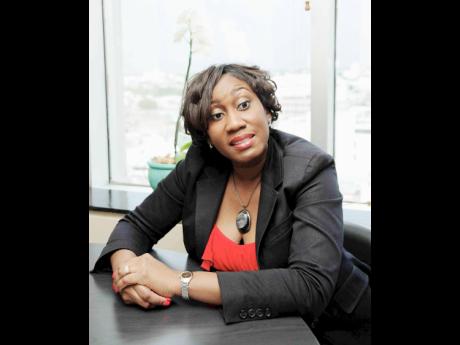 Children’s Advocate Diahann Gordon Harrison is calling on mothers to create a protective framework around their young daughters to guard them against sexual molestation, which is becoming increasingly rampant.

Speaking against the background of the recent spike in cases of children being molested across the Area One Police Division, the children’s advocate urged parents, especially mothers, to report the incidents of abuse to the police.

“Mothers, of course, are part of the core egosystem of protection, having had that biological bond with your child before they are even born, giving them that primary care responsibility,” said Gordon Harrison.

“Mothers should therefore be manning up, if you will, to their responsibility, or they really should be shouldering that responsibility and being the primary architect in the protective mechanism around their child,” continued Gordon Harrison.

“If, for example, a child disclosed an abuse to a mother, how dare a mother turn a blind eye to that?” she asked. “We are not saying that what is disclosed will necessarily lead to an arrest and a conviction, but at the very least, you should hear what your child has to say, ventilate the issue, and allow due process to unfold, instead of cauterising it and stifling the matter because your loyalties may be conflicted, or you may be paying attention to other factors, which you may be putting above the interest of your child.”

Within recent weeks, the police in Westmoreland, St James and Hanover have arrested and charged four men, including a pastor, for molesting young girls between the ages of 13 years old and 15 years old.

In the most recent case, a pastor was arrested and charged in St James for allegedly raping a 15-year-old member of his own congregation. The child’s mother and the pastor’s wife were also arrested after they attempted to convince the minor to change the report she gave to the police.

“I won’t comment on any specific case that remains a live case, but across the society, we do have a tendency, and we have seen them over time, whereby many children will make disclosures that involve persons who are well known to family members, and in the community, and even members of their own family,” said Gordon Harrison.

“And so, because of this, there is a reluctance sometimes among members of the family, who really should be protecting these children to advance the cases, by supporting the child, ensuring that due process is indeed followed, despite who the alleged perpetrator is.”

Gordon Harrison said the tendency not to support the victims of these attacks is of concern, because what it means is that the trust that children have in being around them is being withered away. She added that mothers are sometimes not true to their responsibility in terms of the moral responsibility, and the legal responsibility to protect children from all types of harm.