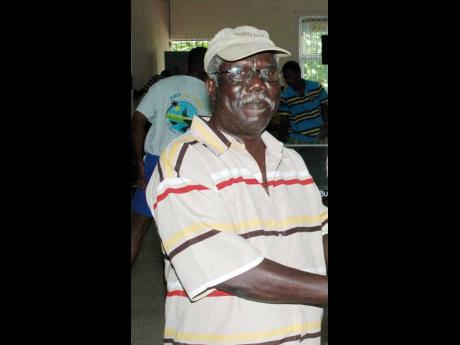 David Earle, a five-decade stalwart of the 79-year-old Montego Bay Boys and Girls’ Club, is battling ill health, and a major drive has been launched to assist him.

Atlanta-based businessman and former St James Football Association President Wesmore Thomas, who is spearheading the drive, said Earle was a phenomenal footballer in his heyday, representing MoBay Old Boys and the parish team with distinction.

“Mr Earle is not well and his medical expenses are piling up,” said Thomas.

Earle, who, alongside the late Gladston ‘Pop’ Lawrence, is credited with transforming the lives of many wayward youngsters in western Jamaica who conformed to the strict discipline and social graces of the organisation.

Thomas said that Earle, who was programme director at the club prior to being sidelined by ill health, is still coherent, though his memory is fading. Thomas wants him to receive the love and appreciation he deserves.

The club has churned out some of the nation’s finest musicians, sportsmen, intellectuals, and tradesmen.

“Sometimes when I speak to him, he understands and we would laugh and talk about the old times, while at other times, he struggles,” said Thomas of the stalwart, who is in his 90s.

Thomas, a former vice-president of the Jamaica Football Federation, is renowned for his fundraising skills and has established a GoFundMe account (https://gofund.me/1ec2447c )in Earle’s name.

“I have been tracking down all the former footballers from St James, both here in the United States and in Jamaica, and things have been going very well, as many persons who knew him, played with him, or served with him when he was on the St James football board have been contributing,” said Thomas.

In addition to the GoFundMe project, Thomas is also behind the planning of a fish fry that will take place on the compound of the Montego Bay Boys and Girls Club on July 23.

“We understand that with the COVID-19 situation, large gatherings are not desirable, so we are making provision for persons to just come in, pick up their fish, and head back home,” said Thomas.

“The feedback has been quite good so far and we are hoping it will be a major success.”