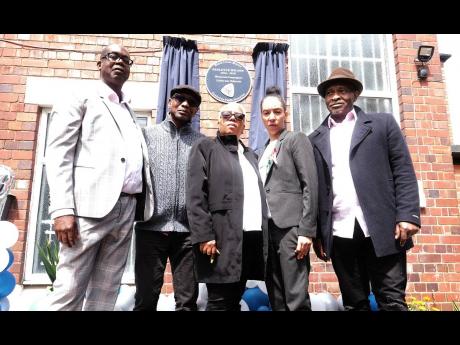 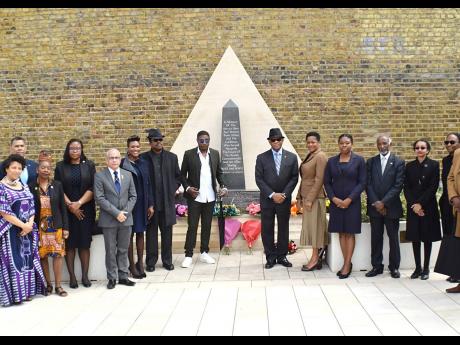 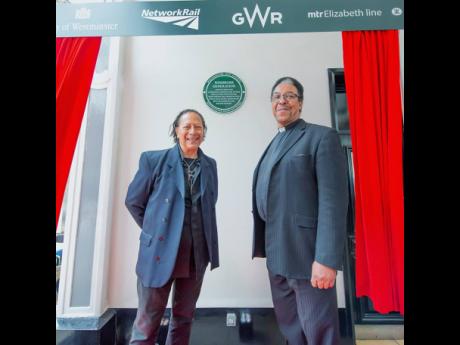 A number of community events were staged on Windrush Day, June 22, to mark the 73rd anniversary of the arrival of the SS Empire Windrush at Tilbury Docks in 1948, bringing nearly 500 Caribbean migrants to Britain.

Many of the events had restrictions on the numbers of persons attending, because of coronavirus emergency protocols, but nonetheless included plaque unveilings, outdoor concerts, exhibitions, a floral tribute and ceremony and various discussion forums online focusing on the contribution of the Windrush pioneers.

Windrush Day was launched in 2019 to encourage communities across the country to celebrate the contribution of the Windrush generation and their descendants. A special community grant was made available by the UK government to fund these cultural events.

Major highlights of the 2021 celebrations were the launch of the ‘Tilbury Bridge Walkway of Memories’, a unique outdoor site-specific art installation at Tilbury Cruise Terminal Essex in tribute to legacy of the Windrush generation, and the unveiling of two plaques to Windrush pioneers in London and Wolverhampton.

Also featuring prominently on the day was a floral tribute and ceremony by CARICOM Caucus Heads of Mission at the African and Caribbean War Memorial at Windrush Square in Brixton, south London. To commemorate Windrush Day.

The heads of mission, including Jamaica’s High Commissioner, Seth George Ramocan, were formally welcomed by the mayor of Lambeth, Councillor Annie Gallop, and Councillor Sonia Winnifred, the council’s Windrush Lead. High Commissioner for Antigua and Barbuda Karen-Mae Hill spoke on behalf of the caucus.

The short ceremony ended with a special Windrush poem by attorney David Neita.

The floral tribute was followed by a tour of the Black Cultural Archives, the UK’s largest repository of black history, which is also based at Windrush Square.

The Tilbury Bridge Walkway of Memories exhibition, created by artist Everton Wright, transformed the bridge with a memory walk of images and documents installed on 552 panes of glass representing the lives of Windrush pioneers and descendants. The bridge is where those who came on the SS Empire Windrush walked ashore at Tilbury.

The outdoor exhibition started with a Windrush Day school event on June 22, followed by a special Windrush Generation family day on June 24, before it was officially opened to the public on June 26, and it will run throughout the summer.

Meanwhile, a Windrush Generation Green Plaque was unveiled at Paddington Station by Westminster City Council’s BAME Network, in collaboration with Network Rail, to honour the contributions of the Windrush pioneers.

The Windrush generation included soldiers, doctors, nurses, teachers, transit workers, artists, politicians, university students and athletes who came to London between 1948 and 1970, upon the invitation from the British government to rebuild the nation ravaged by two world wars.

While Tilbury Docks was the first port of call for many of the early settlers, it was Paddington station where many people of the Windrush generation travelled to in order to get to the heart of central London.

The Green Plaque in their honour was unveiled by singer and actor Peter Straker who travelled from Jamaica to the UK as a young boy after World War II. He said: “I arrived at the station as a child in 1955 with my family, and it is such an honour and a pleasure that Westminster City Council asked me to unveil it.”

Serena Simon, chair of Westminster City Council’s Black, Asian and Multi-Ethnic (BAME) staff network, said: “The BAME staff network are proud to see the unveiling of a green plaque in honour of the Windrush generation who arrived in the UK, including in London, in the early 1950s, to rebuild Britain after WWII.

“This is the third year we have commemorated Windrush Day. We’ll continue to work alongside our communities in celebration of the contribution made by this generation, in line with Westminster’s commitment towards greater inclusion and celebration of the city’s diversity.”

Over in Wolverhampton, a similar memorial plaque honouring the late Windrush campaigner Paulette Wilson was unveiled on the building that used to house Conservative MP Enoch Powell’s constituency office, as part of a commemoration ceremony to mark Windrush Day.

Wilson, who died unexpectedly last year, became a Windrush campaigner after a particularly harrowing personal experience. She spent two years under the threat of deportation and was wrongly locked up in Yarl’s Wood detention centre before being told she could stay in the UK in 2017.

This was after she came to Britain from Jamaica at age 10 in the late 1960s, attended school, paid national insurance contributions for 34 years, and worked hard to build a life in the UK. The grandmother of one was a chef who worked in the House of Commons restaurant serving meals to MPs, and also volunteered at her local church, preparing meals for homeless people.

Several people affected by the scandal travelled to Wilson’s home town in Wolverhampton to witness the unveiling, including Anthony Bryan, Glenda Caesar and Michael Braithwaite, all of whose lives were badly affected when they were wrongly labelled as immigration offenders by the Home Office.

Windrush campaigner and black rights activist Patrick Vernon, who helped raise money for the plaque, said: “This was the former constituency office of right-wing MP Enoch Powell, where he wrote his Rivers of Blood speech the same year, 1968, when Paulette arrived in Wolverhampton as a 10-year-old. The reclaiming of this building by the community and the installation of the plaque remind us of the poetic justice of history and social change.”

Sandra Samuels, deputy mayor of Wolverhampton, said: “Paulette was well loved and respected in the community. She loved coming to the centre to meet friends and to socialise, so this is the ideal place to have this plaque.”

Other events which were held to mark Windrush Day included an online discussion forum, titled ‘Windrush Day: The Importance of diversifying the curricula’, which was hosted by Labour MP Diane Abbott, chair of the All-Party Parliamentary Group for Race Equality in Education.

The event will also provide a platform to discuss the importance of increasing racial diversity across the curricula - including schools, further education and higher education. Speakers included Sir Simon Wooley, vice-chair of the All-Party Parliamentary Group, and Levi Roots, celebrity chef, entrepreneur and musician.