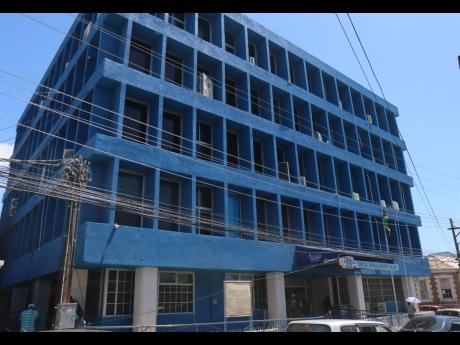 Ashley Anguin
A current photo of the St James Municipal Corporation building located in Montego Bay, the birthplace of the idea which ultimately became the infamous 1999 Street People Scandal. City officials were linked to the kidnapping of 39 persons, some mentally ill, from the streets of Montego Bay in St James and dumped near a mud lake in St Elizabeth. 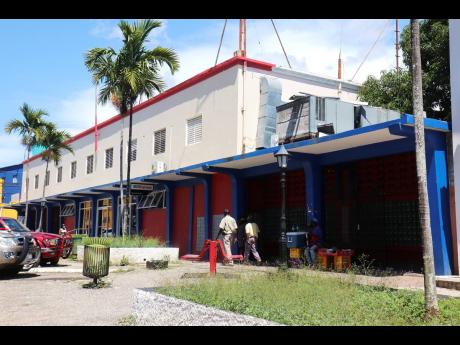 Ashley Anguin
Montego Bay No.1 Post Office has been a long-standing haven for street people. This was one of the locations where persons were picked up and taken to the mudlake in St Elizabeth. 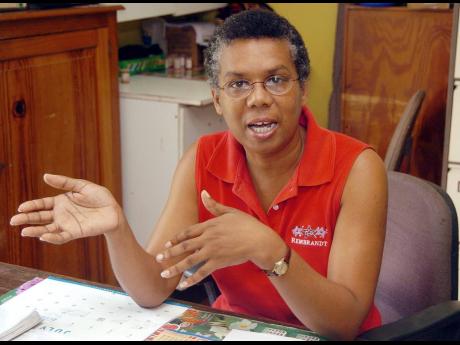 IT WAS one of those serene Montego Bay nights. A rookie Gleaner reporter was walking through Sam Sharpe Square when she saw men, believed to be members of the St James Parish Council work crew, and police officers rounding up street people, pepper-spraying them, binding their hands with ropes, and placing them in the back of a truck.

It was not until the following morning when news broke that 32 street people had been kidnapped from several locations in downtown Montego Bay the previous night, July 15, 1999, and subsequently dumped near a mud lake, near Santa Cruz, St Elizabeth, that the young reporter realised that what she had seen was the genesis of a monumental act of shame and injustice.

Based on the account given at the time by survivor Vernon Gibson, a veteran of the US army, who saw combat in Vietnam, things could have turned out worse had his fellow captives not heeded his advice and not those of their captors, who were urging them to run down a slope in the dark.

’When we reach the place (St Elizabeth) it was almost daylight, but it was still dark. Dem back up the truck about 20 feet from a spot, cut the rope, and let we out and say the first man who run down the hill will get the best room,” recalled Gibson. “I raised my hand and say, ‘Don’t move. Mek we wait until daylight.’ When day break, we realise we were almost at the edge of a mud-lake.”

It is still unclear as to whether or not some of the street people heeded Vernon’s instruction as to date, six of the 32 street people have never been accounted for. There is a belief that they may have ended up in the mud lake and simply disappeared off the face of the Earth for good.

In recounting what transpired as the mixture of mentally ill and homeless persons were tied up and placed in a truck with St James Parish Council painted on its body and transported some 45 miles away to the edge of the mud lake on the outskirts of Santa Cruz, instead of the hospital as they had been told, Whitley Findlater, another survivor, said he was told to get into the truck as he was being taken to get medication.

“I get up and went with them. They took me to a truck (which was a dump body). I notice there was about 25 other people in it with their hands tied with rope. Later, they tied up my hands also, saying I would jump out of it (the truck), so I sit down,” recalled Findlater.

When the news of the dastardly act became public, there was angry public outcry and suddenly, public officials, including the then Mayor of Montego Bay Hugh Solomon, officials of the Montego Bay Chamber of Commerce, and the local leadership of the police, suddenly became inaccessible to the media.

However, with the then opposition, the Jamaica Labour Party, Jamaicans for Justice, CUMI, and other concerned bodies demanding justice for the mistreated street people, to include bringing it to international human rights bodies such as Amnesty International, the then Commissioner of Police, Francis Forbes, ordered the St James police to seek out and return the street people to Montego Bay. In addition, five policemen, who were implicated in the incident, were ordered off front-line duty.

Following a police investigation, a file was submitted to the Director of Public Prosecutions for a ruling. It was subsequently ruled that Inspector of Police Ainsworth Giddens, truck driver Roger Leslie, and Egbert Campbell, an employee of Western Parks and Markets, should be charged.

With no public officials among those charged, the calls for justice and allegations of a cover-up stemming from the highest levels grew louder. After initially rejecting a call for a commission of enquiry, the Government finally relented.

The commission of enquiry, which featured retired judge Justice Carl Patterson, the Rev Dr George Simpson, and attorney-at-law Donna Parchment as the commissioners, were critical of the abduction and expressed disappointment with some of the public officials who testified.

However, except for the finger of accountability that was pointed at Inspector Giddens and Tubal Brown, the superintendent of roads and works at the St James Parish Council, the public officials, including many who should have known, technically escaped with the commissioners declaring the incident “a grim picture in national life” while accusing witnesses of invoking privilege as a shield against full and frank admissions and in a conspiracy to conceal the truth”.

While not laying substantial blame on any particular person, the commission of enquiry made a number of recommendations as well as ruled that the aggrieved street people should be compensated by the State.

In accepting the commissioners’ recommendations, the Government signed off on a monthly compensation package of $20,000 for the victims for the remainder of their lives. The recommendation for the establishment of a National Homeless Help Task Force, to be funded from public funds, was also accepted.

However, while the commission of enquiry placed a lid on what had become known unofficially as the Montego Bay Street People Scandal, many persons, including CUMI’s Joy Crooks, in her capacity as administrator of the organisation, were left disappointed that the public officials, for the most part, walked away unscathed in terms of accountability