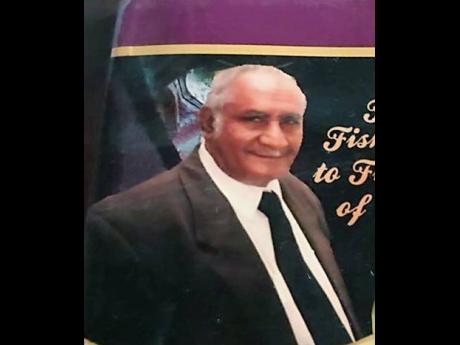 Bishop Zachariah Nepaul, arguably one of Savanna-la-Mar’s most revered sons, has died, leaving his personal family, his church family, and the wider Westmoreland community to reflect on a life of exemplary service, marked by industry and dedication.

The 94-year-old visionary, who distinguished himself on the parish’s business landscape as the founder of Nepaul & Sons Hardware, a business he established with his late wife Gloria 42 years ago, died last Thursday after a brief period of illness.

“He was an industrious, dedicated and committed person, someone who has made a tremendous impact on the parish,” said Westmoreland’s custos, Bishop Hartley Perrin. “It should be noted that he was either the first or among the first persons to receive the prestigious Governor General’s Award for his exemplary contribution to the parish.”

Unlike some successful businessmen who were born with the proverbial gold spoon in their mouths, the ambitious Nepaul was a self-made man who rose from humble beginnings to become a legendary businessman, whose success has made him a household name in western Jamaica.

As a young man, Nepaul landed a job as a haulage contractor with the Ministry of Works in Savanna-la-Mar. To supplement his income so that he could properly care for his young family, he joined forces with his wife, with whom he shared a 50-year union before her death separated them, and began selling cement and other construction materials from their home.

It was that side business which gave birth to Nepaul & Sons Hardware in 1979. Over the years, the wife-and-husband duo threw everything behind the business, which gradually became one of the foremost businesses of its kind in Westmoreland.

While his children grew up around his business, Nepaul spared no effort in ensuring that they all got a good education, and that investment has paid off as today, one of his sons, Dr Evan Nepaul, is a medical doctor and the founder of Savanna-la-Mar’s Royale Medical Clinic & Hospital; one is a dental surgeon, while one of his daughters has distinguished herself in the medical services in Canada.

With one of his sons, Errol, becoming an integral part of the business over time, the enterprising Nepaul gradually began to expand his wings in the community through his voluntary work as a justice of the peace and as a churchman. In fact, as the leader of the flock at the Holiness Born Again Church in Savanna-la-Mar, he gave new meaning to the word outreach, investing in improving the lives of all he could help monetarily or through sound advice and guidance.

While many saw the volatile ‘Russia’ community in Savanna-la-Mar as a place to be avoided because of its many social ills, Nepaul saw it as a place to practise his good Christian charity and basically used every opportunity he got to do something positive for the people. Part of his legacy to the people is a bridge leading into their community, which he was instrumental in building.

With accolades such as the GG’s award, the Order of Distinction from the Government of Jamaica, the name Zachariah Nepaul will live long in the hearts of the many students whose education he financed, the many unfortunate persons he clothed and fed; the many charities that benefited from his generosity, and the legacy he has built for his children, who continue to serve the parish.