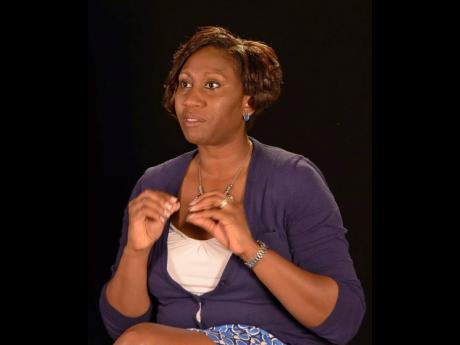 Child abuse and neglect is a social and public health problem, as well as a children’s rights issue in Jamaica. Abuse and neglect can lead to a wide range of adverse consequences for children and young people.

Child abuse and neglect refers to any behaviour by parents, caregivers, other adults or older adolescents that is outside the norms of conduct and entails a substantial risk of causing physical or emotional harm to a child or young person.

Children’s Advocate Diahann Gordon Harrison said it is important to protect our children from all forms of child maltreatment for a number of reasons.

“There is the moral responsibility that adults have to care for children and there is also the legal obligation to protect children. Adults with the responsibility for protecting children can now be criminally charged or can face other legal proceedings where they fail to do so,” Gordon Harrison said.

“Additionally, if children are not protected, there are not only physical consequences that they face, but there is the accompanying emotional and psychological abuse which lingers and can negatively impact their development,” she added.

Every child who has experienced abuse or neglect will have their own response to the trauma. While some children have long-lasting effects, others are able to recover quicker and with ease. There is not a right or wrong way for a child to manage effects of the abuse and neglect they have suffered.

According to Gordon Harrison, critical factors that influence the way child abuse and neglect affects children and young people include the frequency and duration of maltreatment and the co-occurrence of multiple forms of maltreatment.

“Child abuse and neglect can affect all domains of development – physical, psychological, emotional, behavioural, and social, all of which are interrelated. Children may experience a range of emotional, psychological and physical problems as a result of being harmed, including low self-esteem, increased fear, guilt and self-blame, distrust of adults or difficulty forming relationships with others,” Gordon Harrison said.

In addition to feeling pain and suffering themselves, children exposed to abuse and neglect are at increased risk of inflicting pain on others and developing aggressive and violent behaviours in adolescence. Research suggests that physical abuse and exposure to family violence are the most consistent predictors of youth violence.

“The Office of the Children’s Advocate (OCA) continues to blaze the trail as the commission of Parliament that enforces the rights of children by instituting legal proceedings against persons who violate these rights, whether because of something they have wilfully done or had the opportunity to do, but neglected to do so,” Gordon Harrison said.

This also applies, she said, when children’s best interests are negatively impacted. Apart from legal interventions, the OCA also executes public education initiatives aimed at sensitising the public about what they can do at the community level to protect children and how to access support in doing so.

“We also review laws, policies and practices and make recommendations to Parliament in a bid to ensure a legal framework that is consistent with the promotion of children’s rights and, ultimately, their protection,” Gordon Harrison said.

Since the onset of the COVID-19 pandemic, there are two flagship initiatives that have demonstrated solid responses which are geared at protecting children within a changing reality.

The first is #OCADoRoad where the OCA visits communities which are underserved and feature unacceptable occurrences against children. This public education strategy brings the message directly to the people on the streets, in the marketplaces, and has seen the OCA getting reports about incidents which require intervention on behalf of affected children.

The second initiative is Safe Spot, which is a 24-hour child and teen helpline that provides direct support to anyone below 18 years old. This helpline was launched in May 2021, with partners, OCA, UNICEF and PSOJ, and is operated by the OCA.

“Persons under 18 can reach out at any time free of cost; no credit is needed; via a toll-free number (888-SAFE-SPOT), WhatsApp (876-439-5199) or direct message on Instagram and Snapchat (@safespotja). Once they reach out they are directly responded to by a trained professional who will provide immediate support, whether counselling or otherwise, to them,” Gordon Harrison said.

WHAT ARE THE EFFECTS OF CHILD ABUSE?

All forms of abuse and neglect have a harmful effect on children and young people. Below is an outline of some of the most common effects:

EMOTIONAL SCARS: Children who suffer abuse or neglect feel most of the pain on the inside. Many children suffer low self-esteem and feelings of guilt, often blaming themselves for the abuse. Children can find it difficult to have trusting relationships and experience loneliness and bullying. Children often have feelings of hopelessness, hate, despair, misery, and rage, sometimes talking about feeling suicidal or self-harm.

PHYSICAL SCARS: Children can have direct physical effects such as bruising, cuts, broken bones, health problems, undernourishment, or even death.

IMPACT ON FUTURE WELL-BEING: Research shows that children who have suffered abuse are more likely to have lower educational attainment and suffer from drug and alcohol dependency. Long-term physical and mental health difficulties, including depression, can be a consequence. Research shows that many individuals who commit serious offences suffered from abuse during their childhood.

IMPACT ON FAMILIES: As well as the impact of abuse and neglect on the child themselves, their family can also be affected, with family members anxious and unsure about how to support a child who has been abused. A child’s behaviour and attitudes can be difficult to deal with, and families often struggle to know how to cope.