The late Nathan Robb eulogised as man of substance 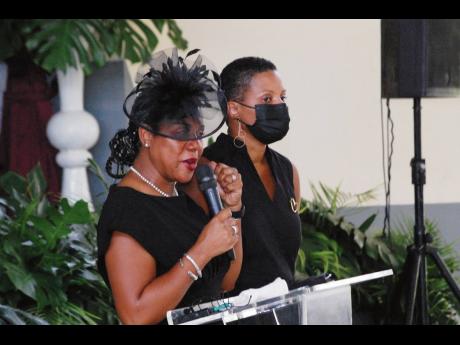 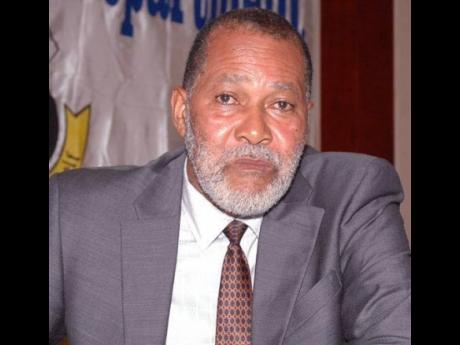 Renowned attorney-at-law Nathan Robb was on Tuesday hailed as a legal luminary, a committed family man, and a loyal son of Montego Bay in a moving funeral service at the city’s St John’s Methodist Church, where tributes flowed freely about the positive impact he had on the many lives he touched in his own exemplary life.

Robb, whose towering height made him hard to ignore, will be long remembered for his fierce loyalty to his alma mater, Cornwall College, and the legal fraternity, died on Wednesday, June 23, at the Hospiten Hospital in Montego Bay, where he was being treated after suffering a stroke.

In a moving tribute to her dad, Dr Kim Robb-Bryan, Robb’s eldest child, described him as a man of principle, who was steeped in good family values, who would always make time for his family and taught them the virtues of humility, which he practised obediently.

“He was a very humble man and said that in our own lives, we should fly with eagles and bark with dogs,” said Robb-Bryan, emphasising her dad’s desire to see his children set very high standards while not losing the common touch.

While many felt that Robb would have slowed down 11 years ago when he had bypass surgery after suffering a heart attack, the man who was integral to the law firm, Clarke and Robb Attorneys-at-Law, kept plugging away, giving yeoman service as a council member of the Cornwall Bar Association (CBA) and other organisations, such as the Montego Bay Chamber of Commerce, which he once served as president.

Ian Jackson, chief executive officer of the General Legal Council, remembers Robb as a fierce advocate for the CBA, always pushing for its members to get equal attention in whatever matters that were being deliberated.

“He was very strident in his views regardless of what they might have been. He made no bones about whatever he wanted to say,” said Jackson, in speaking to Robb’s passion for what he stood far. “He spoke his mind, and while a few members of council might not have liked everything he said, or might not have liked how we said it, having said it, you were forced to listen to Nathan because what he said was insightful, informative, and extremely meaningful.”

In a message from the Cornwall College Old Boys’ Association, the passing of Robb was described as a terrible blow as Robb was seen as one who was totally committed to the school and served the association with pride and passion over many years.

“His faithful participation at the old boys’ monthly luncheons and annual dinner was something to relish and the school and the association benefited immensely from Natty’s ardent support,” the statement read. “Natty was the old boys’ old boy, he declared at every opportunity that he was not an alumni and that he did not belong to any alumni association … he said he was an old boy and he belonged to the old boy association unreservedly.”

Janet Silvera, president of the Montego Bay Chamber of Commerce, which Robb served as president between 2013 and 2015, said he was a tower of strength in providing high-quality support in challenging times.

“Nathan was a passionate Montegonian, who would always extend himself to support any cause that would benefit the city and its people ... there was no going around that. He was steadfast about the development of downtown Montego Bay,” said Silvera.

Robb, who was 68 years old at the time of his death, is survived by wife Jackie and his children, Kim Robb-Bryan, Nataline Robb-Cato, and Leon Nathan Robb.