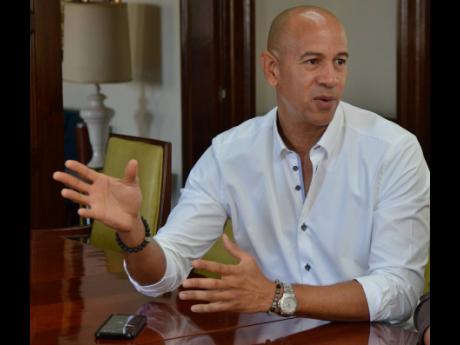 THE REVOLUTION in the public passenger transport sector takes on a new dimension in just a matter of weeks, as a cashless e-payment system, Alliance Epay, is ready to be piloted over the next month after which implementation should begin.

The project, although totally private sector-led, is being backed by the Government as the Ministry of Transport and Mining seeks to bring some order to the transport sector, which has over 30,000 stakeholders and has been rocked recently with the introduction of several ride-share entities.

The Alliance Epay System was presented at the recent transport stakeholders conference in Ocho Rios by Zachary Harding, executive chairman and founder of Delta Capital Partners, who later told The Gleaner that there are several benefits for players in the sector.

“We have a solution that we presented today that we believe is going to revolutionise the transportation sector, which is a mobile app solution,” Harding began, noting that one of the mandates of the Government is to make the sector cashless.

Pointing to offerings of increased and improved security and efficiency, Harding, who was accompanied by Leslie Prendergast, chief operating officer of Delta FinTech, explained how the app works.

“It’s loaded on to the phone or device that a driver will have in the car; we will provide that device for the pilot exercise. And then once a passenger comes into the car, they only need to remember their taxi ID and four digits, that’s it. So, they’ll have a card associated with an account that has money in it and that’s all they need to be able to pay when they go into the taxi.”

“Once they pay, the driver is able to tell that the transaction has gone through and he can load up and be on his way. At the end of that shift or whenever he wishes, he will show in the app the number of riders that have come in the taxi, that have paid. He or she presses one button to settle and that money goes instantly on to their card which they can go to any bank machine and withdraw the cash and have access to the cash. Or they can use the card to buy gas or goods just generally because it’s accepted everywhere.”

Harding said the product was designed and developed locally by Epay, and in partnership with Epay, his company is presenting it to the Transport Authority, the Ministry of Transport, and to transport operators to get their buy-in in order to pilot the project.

“We believe that this will take us about one month to test the product to ensure that all the things work as they’re supposed to work. We’ve already gotten some real feedback from the participants to make some adjustments to make it even better to suit their needs.

“This is a strictly private sector-led initiative, we are investing in it and we believe that it’s going to provide a solution that’s been long awaited by the (Transport) Association and the operators to help with safety and security and efficiency.”

He added: “Our hope is to see a Jamaica where our transportation sector is as modern as any other in the world, be it London, New York, Beijing, Tokyo, and we have all the capabilities to get that done.”