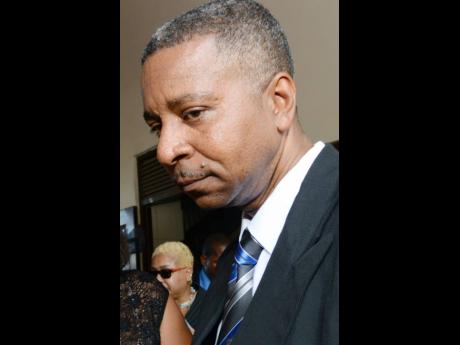 Reinstated Senior Superintendent of Police James Forbes, who yesterday went off on his final vacation before his official retirement from the police force in November, says he regrets not having been able to give ultimate service to the country.

“I wish I could have offered more to the Jamaican people in the last nine years that I was deprived of offering that service to Jamaica,” the former head of the police Community Safety and Security Branch told The Gleaner on Wednesday at the end of his first day back in the police force.

The senior officer, who was freed of a corruption charge, officially returned to the Jamaica Constabulary Force (JCF) after he was reinstated by the Police Service Commission.

Forbes enjoyed a meteoric rise through the ranks of the JCF and was favoured in some quarters as a prospective police commissioner when his career came to a premature halt when he was convicted for perverting the course of justice in 2014.

However, he was vindicated in February when the Court of Appeal overthrew the conviction and ordered that his fine of $800,000 be returned to him.

“It’s a bittersweet feeling. I am happy to be back. I am happy I have been reinstated,” he said.

Forbes, who on Wednesday met with Police Commissioner Antony Anderson, the Police Officers’ Association (POA), the Police Federation, Crime Stop, and employees from his former office, described the occasion as wonderful and nostalgic.

The senior cop will not be returning to work in the police force and is set to enjoy the sunset of his career - close to four months - on vacation.

His formal return was merely for administrative business, he said. Forbes will retire on November 24.

The senior superintendent expressed gratitude to Jamaicans for their kindness and admiration.

“It has made me a better person knowing that I am so depended on and I look forward to any capacity I can serve the people of Jamaica,” he said.

Forbes noted that he has offered his service not only to the commissioner, but also to the POA and the federation as he is willing to continue contributing to Jamaica.

In the meantime, he said he and his family are happy that the period of anguish is behind them.

“It is a bit of relief, and we are thanking God for the journey and for how we came through. It was evidence of patience and prayers. That combination gave the results that we have,” he said.

The charge against Forbes emanated from a meeting he facilitated between Bruce Bicknell and two police sergeants after the businessman was arrested and charged for allegedly trying to bribe one of the cops with two $1,000 notes. This was after Bicknell was issued a speeding ticket in April 2012 in east Kingston.

Portland Western Member of Parliament Daryl Vaz was also charged in the matter after he approached one of the sergeants expressing concerns about the businessman’s health. However, both Vaz and Bicknell were later freed.