Norris Barrett: Toying with an idea 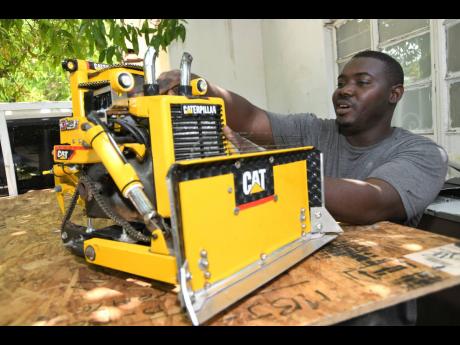 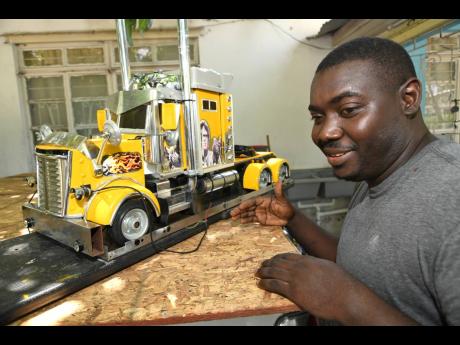 Rudolph Brown
A toy made by Corporal Norris Barrett. 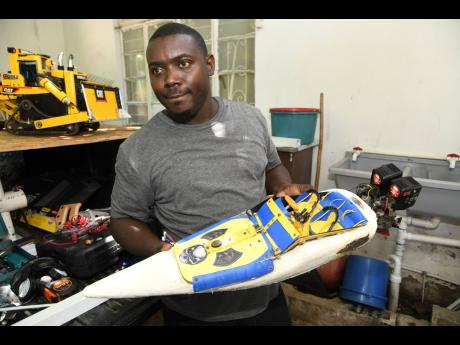 The St Mary native who, like many other Jamaican boys from the country, grew up making his own toys from juice boxes and other discarded items, creates realistic heavy-equipment toys which can rival any store-manufactured products.

Growing up as a child, the Oracabessa High School past student said he has always been fascinated with toys and thought it would be even more intriguing to make his own toys.

“I have been doing it basically from I was a child, maybe around eight, making like box truck or any other little toy that I could make.

“As a matter of fact, I found it more fascinating to make my own toys, and even the children in my community would be more fascinated with them than the toys they bought in store,” says the seemingly shy and reserved dexterous creative.

The married father of one, who recalls making his first remote-controlled car at eight years old, says he is, however, more interested in making heavy-duty equipment toys.

Barrett says he has built countless toys since he started and has given away a number of them.

On Sunday when The Gleaner visited the 39-year-old multiskilled police corporal at his home in Vineyard Town in Kingston, the team was shown two awe-inspiring partially incomplete pieces, a bulldozer and a tractor-trailer truck, which looked very much like a miniature version of those used in everyday life.

The beautiful and creatively made toys, which are equipped with their own engine, exhaust systems, are made purely from scraps of metals, plastic and other discarded items around the home, including old appliances, old laptop and shower hanger, while the vinyl wrap is used as an alternative for the paint.

The team also got a demo of the toy bulldozer in operation, with movements from the track and ripper, as it glides backwards and forward.

“It’s very easy for me to construct something like this because I am around these machines every day, so I have a visual,’’ he beams.

“I didn’t actually have a plan or a drawing for these, I just sat there and just started putting the pieces together and this is how it turned out,” he said in reference to the trailer truck, which is about 90 per cent complete.

When completed, he says the truck will have lots of light and will not only be able to drive but will also have the engine sound.

Barrett, who appears to be in no rush to complete the pieces which he has been working on and perfecting for years now, says because of the demanding nature of his job he does not have enough time to work on them, but if he had the time and parts, he would be able to finish one within a week’s time.

He points out that he had no formal training in metalwork or electrical work.

“This is all from the head,” he notes. “I just take up some piece of metal and plastic and this is what I get.”

Barrett, who has also started work on a toy excavator, says he has never sold any of his handiwork. He says he has got at least four requests for the trailer tractor but has not committed to any of the requests as he would need the time and the material to complete them.

For now, Barrett, who builds toys purely as a hobby, has no immediate plans to pursue this as a full-time job. He hopes to pursue studies in robotics in the future, and to expand on his talent. “Who knows, sometime in the near future things can change,” he said.