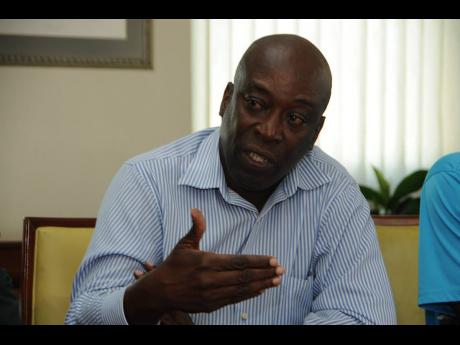 As the countdown to the next local government elections continue, two of the opposition People’s National Party (PNP) councillors in the Trelawny Municipal Corporation have announced they will be walking away from representational politics.

Phillip Service, the three-term councillor for the Martha Brae division; and Dr Pauline Foster-Grant, of the Ulster Spring division, has both called time on their political careers. The third PNP councillor, former mayor Garth Wilkinson, of the Falmouth division, says he plans to continue.

Despite their many years of service, both Service and Foster-Grant are walking away less than happy with their tenure and are actually bemoaning the fact that they could not have done more for their constituents because of the nature of Jamaican politics.

“The expectations are high and the money we get ($300,000) monthly to repair roads and fix drains is woefully inadequate,” said Service, noting that there is never enough money for a councillor to be as impactful as he would want to be.

“Sometimes, you try to fix a section of a road by spreading marl on it. The rains come and the condition of the road is worsened and the people blame the councillor for all of this,” said Service, in pointing out some of the challenges faced by councillors.

Service’s greatest disappointment is the fact that he has not managed to get land titles for the persons living in the Zion community in his division.

“From day one I have advocated for these people to get titles for the land on which they have constructed houses. I am about to leave and this has not been achieved,” bemoaned Service.

Like Service, Foster-Grant said inadequate funding is a councillor’s worst nightmare because while they are able to identify the various issues impacting those they serve, lack of funding basically undermines their desire to meet the needs of the people.

“There is not much that can be achieved with the money councillors get. So, you just continue to make representation, hoping for the best,” said Foster-Grant.

According to Foster-Grant, she is particularly disappointed about a promise she made in all sincerity but has never managed to achieve through no fault of her own.

“I made representation for the establishment of a sustainable water supply for the Ulster Spring area. I was promised that a Quashi River System would be installed. This is four years ago and it is still not yet in place,” said Foster-Grant.

Wilkinson, who said he has achieved a fair amount of success, pointing to the municipal market in Falmouth, the building of Falmouth’s cruise ship pier and, most recently, $46 million was spent to improve the condition of roads in Vanzie Land, says he has unfinished business, which he hopes to continue with, if given another term.

“The residents who occupy lands in Cooper’s Pen are still without titles for the lands they have been living on, in some cases for over 30 years. I intend to continue the fight for them,” said Wilkinson.