‘When it’s not one thing, it’s the other’ 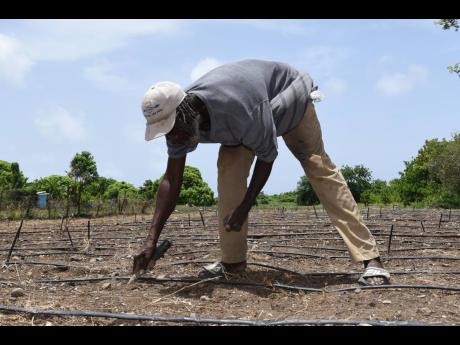 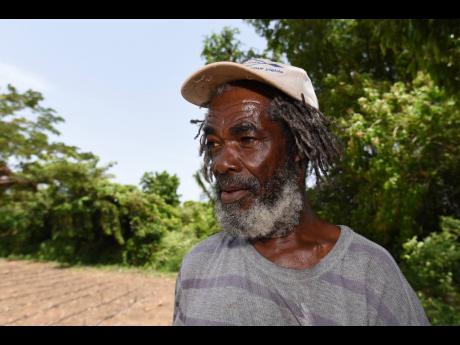 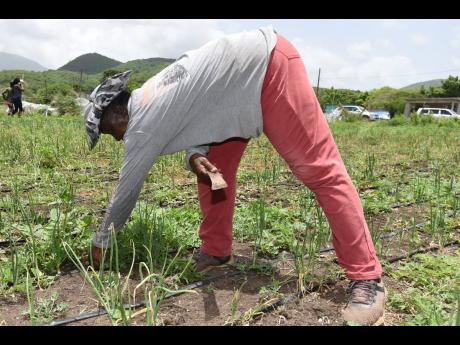 Farmers at the Yallahs Agro Park in St Thomas are plagued with various enemies of progress that have, over the years, robbed them of millions of dollars.

Among them are insects, inconsistent water supply, inadequate tractor services, and what they described as poor marketing strategies of the agencies they report to.

Atop of Eric Williams’ list of problems faced as a farmer in the area is the inadequate water supply.

“Every two to three weeks water gone. Is either the pipe burst, sand block them up or the pump stop working, but it’s always something and it costs you loss of crop. We plant cucumbers, melon and so forth that need consistent water, and when the water gone for days it becomes an issue.

“We get our irrigation from the National Irrigation Commission (NIC) but it has been inconsistent over the years. During a recent season, I lost up to three-quarter acres of onion, that is about $1.5 million, because sand blocked the pipes. It was reported to the NIC but I get to understand that they don’t compensate farmers for loss of crop,” Williams said, noting that a sand-separation action was dismissed at the time as being too expensive.

The farmer’s onion crop again took a blow last season with the invasion of beet armyworms which destroyed a part of his field, depriving him of another $500,000.

His neighbour Lelieth McKenzie, who has also been weathering the storm, chimed in.

“When is not one thing is the next. When you planting cucurbits like the melon, pumpkin and cucumber, you need water. When there is none, is either the crop turn handicapped or the leaves suck the water from the fruit and they don’t have the shelf life they are supposed to have. The only thing we have that can probably withstand the water issue is onion and that is being affected by the beet worms now. The next issue is the tractor. Every month it break down,” she said.

The farmers, who shared that they employ tractor services from the Rural Agricultural Development Authority at a subsidised price, pleaded for an additional source. They noted that only one tractor is available to farmers across the parish and that the services have proven to be unreliable.

Having hurdled water woes, bug bites and tractor tragedies to produce their crop, the farmers say they are still faced with a roadblock – marketing.

“I am troubled with the water and tractor issues, too, but I believe our biggest problem is marketing. We have certain times when we have a massive glut of produce and we have one and two higglers in the parish that will take things but they can’t take everything.

“Right now, the glut of cucumber in the parish is so bad that it’s being sold for $10 per pound. Farmers spend a lot of money, you know, and to come sell the produce for $10 per pound don’t really make sense because a bag of fertiliser is over $6,000. Just recently I took out 11,000 pounds of cucumber and have more coming, and it’s not really about not having people to sell it to but the rate is not good because a bag of fertiliser is over 6g,” said Gary McLean, as he dug a row of cucumber seedlings into his field.

He continued: “I know there are parishes that don’t even have one cucumber, and if RADA was doing a good job they could take it from here and sell it to those that are without.”

The farmers say they are holding to faith that the relevant agencies will address their issues.