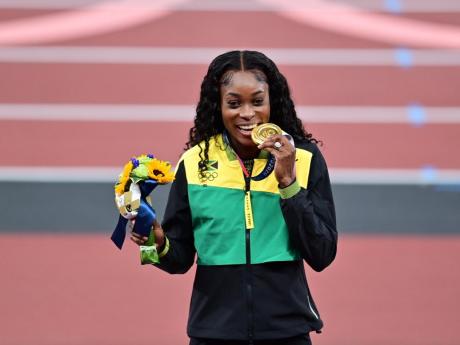 Mayor of Mandeville, Donovan Mitchell, says the municipal body joins the people of Manchester and Jamaicans at large in celebrating Thompson-Herah.

The Manchester Municipal Corporation has announced that it will present the Key to the Town of Mandeville to Olympic Record Holder Elaine Thompson-Herah following her 100m gold-medal run in Tokyo, Japan.

Thompson-Herah hails from the community of Banana Ground in the Bellefield Division of the Corporation.

Mayor of Mandeville, Donovan Mitchell, says the municipal body joins the people of Manchester and Jamaicans at large in celebrating Thompson-Herah.

"We are particularly pleased with the performance of 'our daughter of the soil' Elaine. She is very special to us because she is one of us and her performance on the world stage, like Shelly-Ann and Shericka, further cements the adage that 'it is not where you are coming from but rather where you are going'.”

Mitchell also said the corporation is considering another more tangible way of honouring Thompson-Herah and will make that announcement later.

"This will be our way of inspiring others and etching her in the history of our parish," he said.

Thompson-Herah grew up in Banana Ground, a quaint farming district north of the parish capital, Mandeville.

In her earlier years, she ran for the Christiana High School and later, the Manchester High School.

She was previously honoured with a road in her community being named after her.