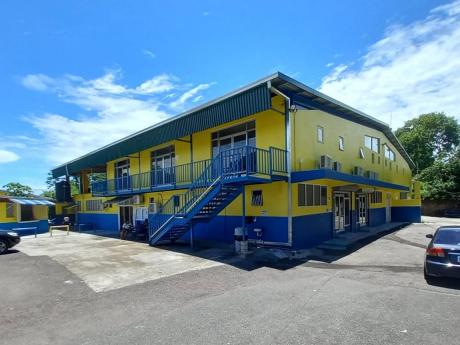 The Moneague College in St Ann is to launch a new programme next academic year geared at unattached youth and women, especially those who are economically challenged.

Moneague principal, Howard Isaacs, told The Gleaner that the college is also working to acquire funding for the course, associate degree in agro-processing, so that the targeted group may be able to access it tuition-free, or at minimal cost.

The programme is made possible through an award to Moneague from Canada’s Colleges and Institutes, through the Council of Community Colleges of Jamaica, which called for the development of a new syllabus in agro-processing. Having got the award, Moneague is now working with College of North Atlantic, in Newfoundland, and Niagara College in Toronto, both in Canada, to develop the course.

“What makes the programme unique is that we’re looking at unattached youth and women - those are the people that we want to reach - who have challenges as it relates to their economics. We want to help these people, to empower them,” Isaacs pointed out.

He added: “We are looking for people who have ambition, who want to bring about a change in their lives, who may even have one or two disabilities and really want to move on with their lives. So that’s why we’re trying to find funding to make sure we can get these persons – women who are having challenges and really want to move on with their careers but simply because of their circumstances, they can’t go. So the goal of the programme is to provide support for students of this nature.”

The programme, in the mid to long term, should have an impact on employment in both the youth and the female categories.

The focus on women should be a welcome move for the fairer sex as they remain behind the men in employment figures, although women account for 50.6 per cent of the population and traditionally, head a large percentage of households in Jamaica.

Isaacs said the Ministry of Education is supporting the programme by providing $60,000 to each student who matriculates and registers for the course.

Meanwhile, Moneague College has announced the relocation of its St Mary campus to Galina in the parish.

The campus continues to offer a range of associate degree courses, and Isaacs said he is encouraging residents of St Mary to take advantage of the campus as they pursue academic qualifications.