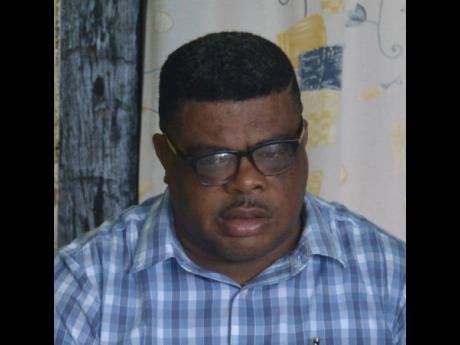 Rose Heights and the wide Montego Bay is mourning the passing of Pastor Knollis King, whose larger-than-life personality and unwavering commitment to peace and community building in the area made him a much-revered figure.

The popular churchman, who led the flock at the Rose Heights Full Gospel Church, reportedly died at a medical facility in Montego Bay, St James, yesterday.

While King was battling ill health for some time, his death came as a surprise to many persons, as he never lost his bubbly personality or his hands-on approach in community activities.

As the news of his death spread across Montego Bay, many persons visited his Facebook page to leave condolence messages and to highlight the impact he had in his role as pastor, parish councillor, youth club organiser and peacemaker.

“It is indeed a sad day for me. I understand ... that we have to die, but losing such a great man in the prime of his life is really tough, knowing what he meant to his community,” said People’s National Party activist Jeffrey Brown, who worked closely with King in the one term he served as councillor for Rose Heights. “He was my mentor and it is not easy to accept that he is gone. Long live the King.”

King, who is believed to be in his mid-60s, will be long remembered for the social programmes he instituted at his church, where young ladies from the community were taught skills, such as baking, sewing and housekeeping, among other training; and the establishment of the Kings netball team, which became a major force in St James.

However, the creation of the Rose Heights Marching Band and the homework centre at his church, as well as his role as a peacemaker, superseded all his accomplishments in the community.

Saddened by a spate of murders, which were rocking the Rose Heights between 2007 and 2010, King established the Rose Heights Covenant of Peace (RHCP) and threw out a challenge to the community that he would not be officiating in any funeral for persons murdered in gang-related violence.

For the next two years, there was not a single murder in Rose Heights as the residents policed the community around the clock. During that time, several young men, who community intelligence identified as holders of illegal firearms, were disarmed and the weapons and men turned over to the police.

A lack of corporate support for the programmes to offer skills training to the unskilled youth in the community resulted in King struggling to keep the RHCP alive, vibrant and on track in an environment where lottery scamming was bringing ill-gotten wealth into some of the neighbouring communities.

While the RHCP lost it vibrancy over time, King remained quite resolute in carrying out those programmes he could personally finance and those driven by his church. At the time of his death, he was still quite busy seeking international assistance for the community.

“He led the fight for peace in Rose Heights. A leader and servant of God and the people,” wrote a resident of the community in a Facebook post. “I pray for strength for his family and congregation. May his soul rest in peace.”