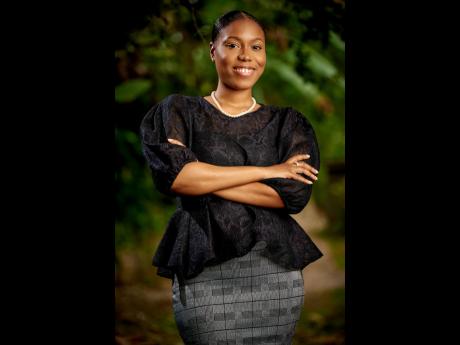 Contributed
Sherine Hemmings helping others to find their purpose.

Today, Sherine Hemmings is helping others to live their best lives as she engages them in both group and one-on-one mentorship sessions through her Life by Design Mentorship Services.

With a stated goal of inspiring and transforming the lives of individuals who the world considers hopeless, defeated, the least likely candidate to succeed, the ‘underdogs’, she said she has made it her mission to share the message that they, too, can be as close to God and as powerful in Him as they choose to be.

Hemmings shared with Family and Religion that her speciality is positioning men and women to grow spiritually by empowering them to live a life of intentionality based on design and not crisis.

Losing focus and getting back on track is something that Hemmings knows too well as having given her life to Christ at age 15, she backslid sometime after.

As she termed it, after years of perishing in the world through disappointment, failure, heartache, depression, and near madness, she finally found her way back to discovering Jesus and the significance of what He did for mankind and His beautiful htoly Spirit that God has gifted us with to guide us through this very challenging Christian journey.

Admitting that she got saved out of fear at a church camp after hearing a youth minister’s graphic description of hell, she was caught up in serving at church, thinking that hat was enough to get her into Heaven.

However, she shared that there was a missing element, and soon after entering university, she began dabbling in worldly practices. She got involved in a relationship with a non-Christian, and her life began to go downhill from there.

“I was accelerating academically and in my career, but my personal and spiritual life became a mess. Eventually, I became quite wayward and was, basically, a person of unsound mind walking around in clean clothes and no one knew. Eventually, I quit my very good job and just began travelling back and forth between the US and Jamaica with no clear goals in sight,” she recalls.

Upon approaching the age of 28 and jobless, she, up until that point,th was yet to realise her dream of being married with children. In desperation, she accepted the marriage proposal of a long-time friend who was a practising Rastafarian – someone she says Jamaicans would term a ‘bobo dread’. It did not take her very long to realise that she had made a dreadful mistake.

Their religious differences she said made it impossible for their marriage to flourish. After realising how much she had walked out of the will of God by leaning on her own understanding, she sat in her living room one day in tears and repented before the Lord and recommitted her life to Him.

“I then asked that His will be done in my life concerning my marriage. Exactly two weeks later, I returned home from work on a Friday evening to find the house empty of my husband and his things with a note to say he will always love me but he is leaving for my own good. He disappeared for years and went on to have children with someone else. This was the turning point in my life,” she reminisced.

In 2014, Hemmings returned to school to complete her master’s degree. She said it turned out to be two of the most challenging years of her life. “Plagued with health issues, oppression on my nine-to-five job, the death of my beloved grandma, the loss of my pet cat, and the sudden ending of my marriage, performing at my highest standard proved most difficult,” she recalled.

Hemmings said exams would trigger panic attacks until one night while in tears, she finally turned to the Lord.

“I said, ‘Lord, if you take me through this programme successfully, my next pursuit of studies would be in Bible school’. When my final grades were released, after doing 13 courses, I received 11 As and two Bs. Who but God?” she shared.

Hemmings made good on her promise as she got certified in Introduction to Hermeneutics and Homiletics from the Deeper Life School of Evangelism Jamaica and is currently a student at the Worship & Faith International Fellowship Christian College.

With a passion for ministries, she now serves as an executive leadership assistant to the various ministry departments at Worship & Faith International Fellowship.

A product manager with one of the largest distributors of commercial and pharmaceutical products in Jamaica, Hemmings is a certified Christian life coach, the CEO/founder of Life by Design Mentorship Services and Kingdom Originals Jamaica, a Christian apparel company, and author of the books Grow up in God and I’m Saved, Now What? A 7-Day Devotional for New Christians.