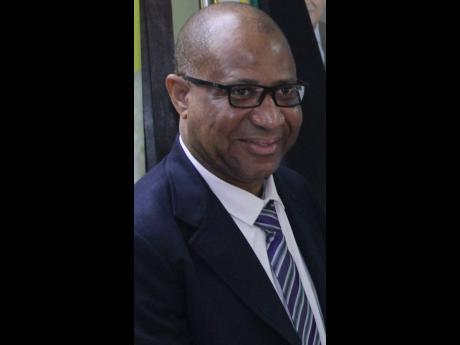 Despite being under constant stress to find ways to keep overworked nurses and doctors motivated to handle the rapidly increasing number of COVID-19 cases in the region, the leadership of the Western Regional Health Authorities (WRHA) is now pulling out all the stops to properly address what is now a medical crisis.

According to St Andrade Sinclair, who heads the WRHA, while the patient occupancy at the region’s four main hospitals – Cornwall Regional, Savanna-la-Mar, Noel Holmes, and Falmouth – is at full capacity, to the extent that Savanna-la-Mar, which has emerged as the region’s epicentre, is at crisis level, the authority is manfully standing up to the pressure.

At present, the WRHA is looking at retrofitting existing space to accommodate spill-over cases, putting in tents where they can identify adequate spaces, and even looking outside the sector to find locations to create bed spaces. In Savanna-la-Mar, which is bursting at the seams with cases, retrofitting is currently taking place to squeeze out some extra space.

“We have looked at an area that we are currently retrofitting and expanding that will house about 15 to 20 persons,” Sinclair said, in explaining the effort to get additional space at that facility.

As it relates to the field hospital that is to be established on the grounds of the Savanna-la-Mar Hospital, which WRHA Chairman Eric Clarke hopes will take some of the pressure off the hospital, he said the proposed 30-bed field should be ready with two weeks.

While not as overburdened as the Savanna-la-Mar Hospital, the capacity at Noel Holmes in Lucea, Hanover, is also be strengthen to meet a possible demand for extra spaces. That hospital will be getting a tent with the capacity to accommodate 15 patients.

“The tent should be ready in a few days … five to seven days,” said Sinclair.

With the El Greco Hotel in Montego Bay, which is currently housing at least 15 COVID-19 patients, on standby to take in additional patients should the need arise, the WRHA is quite contented that, at least for now, they are covering all the bases.

Interestingly, while medical officials are reluctant to go on record in blaming the current spike in coronavirus across western Jamaica on the Dream Weekend series of parties, staged in Negril over the Independence weekend, some medical professionals in the region say they are convinced that it has contributed to the spike.

“They can say whatever they want to say but the truth is, the numbers don’t lie. Things were trending in the right direction at the end of July, and now look at what is happening,” a prominent medical person, who asked not to be identified, told The Gleaner on Monday. “The authorities blunder badly in allowing this event, and we are now paying the price.”

As it relates to the current mood of medical personnel in the region, Sinclair said the general mood is good and the staffers are doing their best to meet their obligation amid what remains a serious challenge.