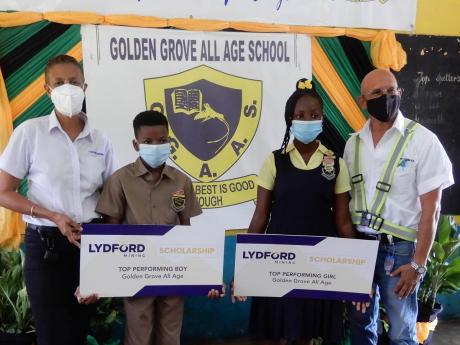 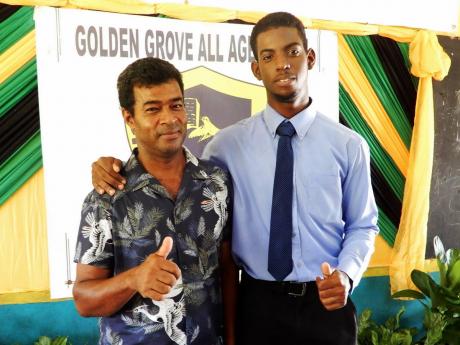 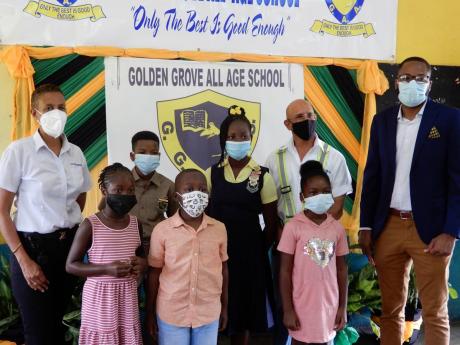 With the pandemic forcing educators and students into an unfamiliar corner known as online learning, the past school year proved difficult to most persons in the education sector.

Further proof of this came from 19-year-old University of the West Indies (UWI) student, Carson Thomas, who was one of 11 children of staff members at Lydford Mining Company in Golden Grove, St Ann, and top performers at the school who got scholarships on Thursday.

At a ceremony at the school where just five beneficiaries turned out because of the COVID protocols, Thomas, in expressing delight at being included on the list of beneficiaries, went on to declare that it was a tough year.

“I feel wonderful, really, and I did not expect it (the scholarship), he told The Gleaner, adding: “This year online was very hard, it was difficult and it wasn’t at every point that I thought things were going my way. So, to do well and to do well enough to get compensation is wonderful and is really something that I am proud of.”

Thomas, whose father works at Lydford, is entering his second year at UWI where he is studying languages and linguistics and computer science.

While not explaining the specific difficulties he faced with online learning, it is well documented that many students in Jamaica suffered over the past year, from not having devices to access online learning to experiencing connectivity problems, while some teachers themselves had difficulties, at least initially, in delivering contents online.

Thomas was grateful for the financial assistance as he prepares to begin his second year at university, which, from all indications, will start with online classes.

“It’s good I can see Lydford doing something, handing out something that they do not have to, to their employees to say we are able and we see the positives in doing this and we’re doing this solely to benefit our employees and not ourselves,” he said.

Thomas, along with the top-performing girl and boy at Golden Grove All-Age School in the Primary Exit Profile (PEP) examination this year, each received $70,000 while the younger students at the school each received $20,000.

The amounts reflected an increase over previous years, Lydford’s director of finance and value-added products, Jackie Millingham, told The Gleaner.

“We increased the value of the scholarships this year just because times are very, very difficult,” Millingham explained.

“Many of our parents are in tourism that has not done well and, all in all, most areas of our society have not done well. So we’ve increased the scholarship value so that parents can more readily send kids back to schools,” she added.

Lydford Mining has also been assisting Golden Grove All-Age School over the years, implementing a ‘No boy left behind’ reading programme to assist boys to perform better academically.

That programme, coupled with the scholarships for top-performing PEP students, prompted Principal Jason Simpson to express delight in the corporate responsibility shown by the company.

He added: “I’m really encouraged because things like these we want companies that are within the vicinity of schools to do. I admire the support that they’ve been giving over the years and we continue to partner with them. They’ve been on board with us 100 per cent. They sponsor a ‘No boy left behind’ initiative where they do textbooks and extra lessons for all the boys in grades one and two, and that has been going well. They have been facilitating care packages throughout the pandemic, and we’re happy to have them as a stakeholder.”