Appeals for help as 18 homeless after Manchester fire 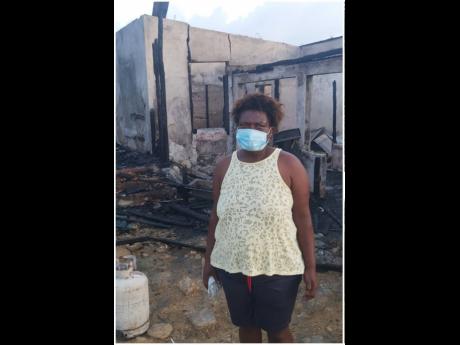 Tamara Bailey
Donna Whyte, the matriarch of the family, stands in front of the remains of what she called home for over 40 years. 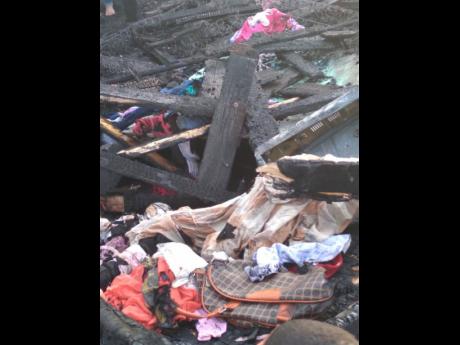 Tamara Bailey
The remains from a fire that gutted the dwelling of 18 persons in Colleyville, Manchester. 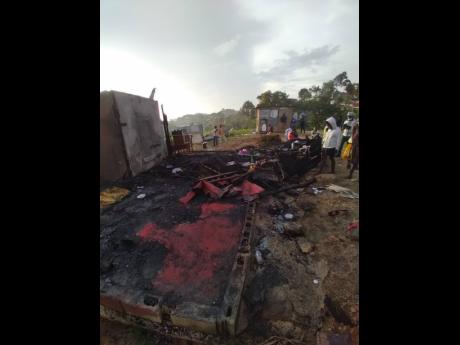 Tamara Bailey
Onlookers view the remnants of a house in Colleyville, Manchester, which was destroyed by fire.
1
2
3

For over 40 years, the seven-bedroom dwelling located in the Coleyville community in the parish was the only home the family of 18 knew.

But last Thursday, they lost everything after fire gutted their dwelling, leaving them with only the clothes they had on their backs.

A victim of the fire, Zanaih Robinson, said she was away from home when the fire started, noting that it was her sister who alerted those at the house to the impending danger.

“Thursday morning they were home, and my sister saw the smoke and the fire and shouted out ‘Fire! fire!’ and tell my mother and the others. All now, we don’t know how the fire started.”

The 26-year-old said they tried to save items from the burning building, but the structure, made of concrete and board, was soon fully engulfed and saving lives became the main priority.

“My mother was trying to grab some things, but when she realised that her elderly cousin would burn up in the fire, she had drop everything and run out with him. He is bedridden and wouldn’t be able to save himself.”

Previously struggling to make ends meet as a result of the harsh economic climate compounded by the pandemic, Robinson said she has no idea when her family will be able to recover from this disaster.

“Life was hard enough, it was very rough for us. We were doing our little farming, and sometimes we would go to Coronation Market to sell. Some days we didn’t really have any food to eat, but we were still pressing on. Now, we have lost everything ... . This is the home [where] my mother (Donna Whyte) grew up ... and same for my siblings’ children. This is the only home we know,” she said, as her voice sank.

Robinson said among the items that perished were the back-to-school supplies for the children.

“Tablet, books, everything burn up. Even our cell phones burn up, so I don’t even know how school will go. It was six bedrooms, a kitchen, and we had an outdoor bathroom; but now everything is gone, everything.”

Since the incident, members of the family have been granted temporary accommodation at the Coleyville Seventh-day Adventist Church, but are hoping to secure other living arrangements as soon as possible.

“The church had said one week, but I believe they have extended it and we are grateful. The main need right now is assistance with food and clothes, and we are trying to make other arrangements, especially for the children.”

“Over time, we want to get back our home. It is going to take some time to rebuild, and we are hoping that we will get some help and it will work out,” she added.

Robinson said as her relatives struggle to pick up the pieces, they are trying to remain positive, despite the circumstances.

“We try not to think about the loss because we have life. We just want to know the children especially are OK, that they have food and they are taken care of. We can’t dwell on the stress, we are just hoping for brighter days and hoping we get some assistance, so we can get back on our feet,” she said