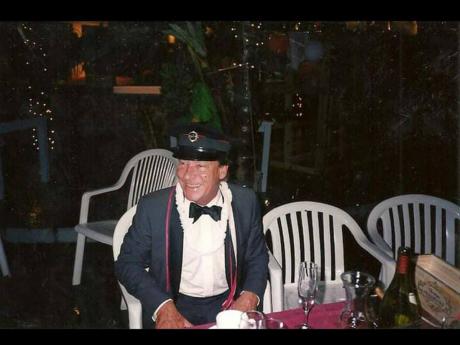 Noted St Ann tourism stalwart and businessman, Richard Salm, has died. He was 79.

Salm died at the St Ann’s Bay Regional Hospital at around 8:30 Wednesday night following a motor vehicle accident on the Llandovery main road in the parish, several hours earlier.

Vana Taylor, area chair for the Jamaica Hotel and Tourist Association and president of the St Ann Chamber of Commerce, in extending condolences, hailed Salm as “a noted pioneer in the (tourism) industry who started Club Caribbean over 50 years ago”.

“He started Club Caribbean (now Royal DeCameron) and also Caribbean Village at the time; he has been a tremendous hotelier. He will be sadly missed,” Taylor said.

Salm’s business acquaintance, executive chef Ravi Kiran Anne, told The Gleaner Wednesday night that Salm had been a father figure to him since he came to Jamaica. “He was the one who took me from professional chef and taught me business; told me to take a chance in life,” Ravi said.

“I’ve basically lost an influential person in my life. Very few people I have in Jamaica and he was one of the main persons who played a lot of important roles in my life in Jamaica, and he has always been there for me. He pushed me to the next level; he believed in me like nobody believed in me,” he added.

Ravi said it was around 4:30 p.m. that he sent Salm a message saying, “Sir, let’s meet tomorrow”.

By that time, Salm was already in the hospital battling for life, according to reports surrounding the time of the accident.

Salm, a naturalised Jamaican, came to the island from England in 1963 before moving to Jamaica permanently in 1968. He was credited with building Club Caribbean, which was later rebranded as Royal DeCameron Club Caribbean.

Salm was also known for his association with Drax Hall Estate and also with sports, he being a former sportsman and president of Jamaica Ski Federation.

Two years ago, Salm was awarded the Order of Distinction in the rank of Commander (CD) for service to tourism, winter sports promotion and community development.