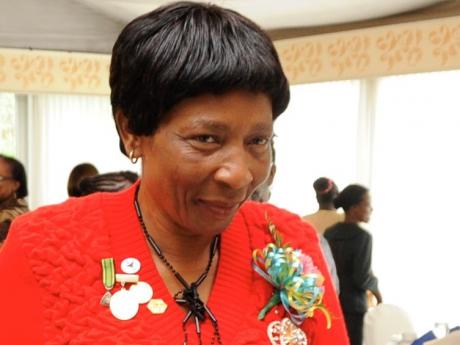 Allwood-Anderson...The feisty, small-framed, be-wigged chief spokeswoman for the island's nurses was as tough as nails when it came to negotiations for improved salaries and benefits for her colleagues.

Former president of the Nurses' Association of Jamaica (NAJ) Edith Allwood-Anderson has died at the age of 66.

She worked as a nurse for 35 years before retiring.

Allwood-Anderson had been ill for some time and had been receiving dialysis weekly since 2014.

READ: Edith Allwood-Anderson ... what you didn't know about her

She spent her decades in health service at the Mandeville Regional Hospital and the Kingston Public Hospital.

The feisty, small-framed, be-wigged chief spokeswoman for the island's nurses was as tough as nails when it came to negotiations for improved salaries and benefits for her colleagues.

In 2013, Allwood-Anderson told The Gleaner in her long career as a nurse's advocate, two incidents stood out.

Among them was her first NAJ-led demonstration in front of the Kingston School of Nursing on Half-Way Tree Road.

According to her, then finance minister Omar Davies who was on his way to Parliament stopped to reason with them.

"We were in no mood to listen, so the minister, after trying unsuccessfully to get a conversation going, must have thought, if he can't beat them, then he would join them. So he just joined us and started dancing with us until he left for Parliament," she recalled.

She also recalled the occasion of a promise made by then Opposition Jamaica Labour Party spokesman on finance Audley Shaw, prior to the 2007 general elections.

"Everybody promise everything in opposition. So Mr Shaw promise to double the nurses' salary if his government won. So when they won and we confronted them, it was denied. So we produced the tape," she recalled.