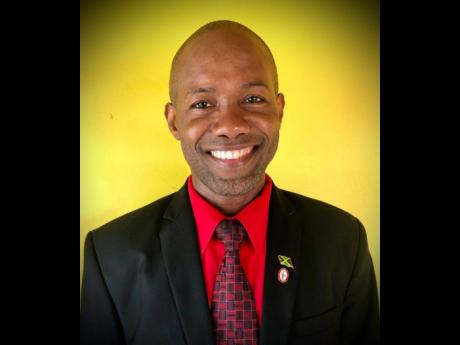 Governor General Sir Patrick Allen has appointed the Reverend Phillip Kermitt Johnson to act as custos for St Catherine as the Reverend Jeffery McKenzie has reached the age of retirement.

The 46-year-old Johnson, who founded Fingers From the Heart Ministry – named after a the title of a book he wrote – and the Solid Base Group of Schools in Spanish Town, was appointed a justice of the peace (JP) in 2016 by McKenzie as he performed his first official duties after being sworn in as custos.

Johnson, who commenced his acting role on September 10, told The Gleaner that coming to the position in the era of the pandemic will mean that he has to take a different approach to performing his duties.

“One of my first functions is to call out the ‘hiding’ of the JPs in the parish,” Johnson said. “There are a number of justices of the peace who just hold the title and people don’t even know that they are there, so in this crisis, they have to come out of hiding and give hope to people.”

Johnson, who suffered a heart attack in 2019 while preaching at the Church of God of Prophecy on Old Harbour Road and who wrote a 20-chapter Fingers From The Heart documenting his experience, said that he would also be focusing on the needs of students during the pandemic.

“I am arranging by next week to have 15 tablets donated to schools across St Catherine as well as instituting some online programmes to help children who are lagging behind,” he said, adding that some JPs have been confirmed to do the classes.

The acting custos said that he is now putting a team together to concentrate on delivering care packages to senior citizens adversely affected by the pandemic.

So far, he has met with a number of stakeholders in the parish to see how best he can work with them and had a meeting scheduled with St Catherine North Police Division head Senior Superintendent Howard Chambers yesterday to establish the framework for JPs’ cooperation with the police.

He is also planning to meet with members of parliament and councillors who serve the parish in short order.