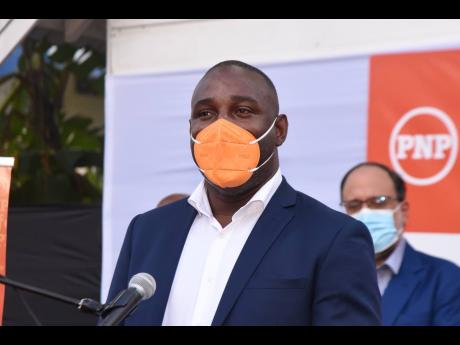 The annual conference of the 83-year-old People’s National Party (PNP), which is customarily held on the third weekend of September, has been postponed until October, general secretary Dr Dayton Campbell told The Gleaner on Friday.

The party’s constitution requires the holding of annual conferences – the highest decision-making body of the party. Its National Executive Council (NEC) is the second-highest body.

Dr Campbell said this year’s conference will be held from October 16 to 17 and activities may spill over into the Monday, which is celebrated as National Heroes Day.

He told The Gleaner that the conference will be held virtually in keeping with COVID-19 protocols, which include limit on gatherings and Sunday lockdowns.

News also that party leader Mark Golding has proposed that any future leadership contests be put to the full membership of the party would not have reached the conference floor, Campbell said, adding that the proposal would first make its way through the various committees at all levels of the party.

Those discussions have not yet begun, he said.

Leadership divisions and disunity have been rocking the PNP for years, including successive bitter leadership contests in 2019 and 2020. The party has not been considered favourably in opinion polls.

The PNP is also currently without a chairman, but insiders say acting chairman Horace Dalley should be confirmed to the position, as he has been “doing a great job quietly”.

Prior to 2019, NEC members would be elected at the first meeting following the annual conference. That year the guidelines were changed to allow NEC members to be chosen immediately as they were selected by the regions after conducting administrative functions and selection of executives.