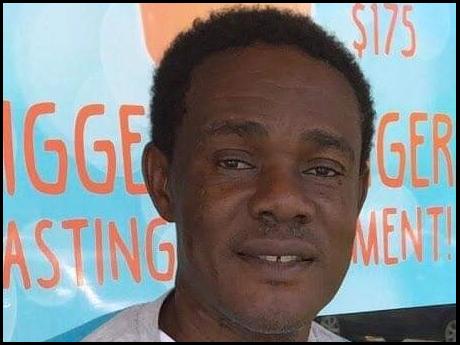 McCollin, who was attached to the Hunts Bay Police Station in St Andrew, succumbed to his injuries while undergoing surgery at the Spanish Town Hospital - Contributed photo.

A police manhunt has been launched to find gunmen who shot and killed a policeman in Portmore, St Catherine early this morning.

Sergeant Averel McCollin, who was attached to the Hunts Bay Police Station in St Andrew, succumbed to his injuries while undergoing surgery at the Spanish Town Hospital.

The police report that about 1:25 a.m., McCollin was in the company of five other persons playing a game of dominoes along Cottage Drive in Gregory Park when they were ambushed by six men who were on foot.

The men opened fire on the group hitting the policeman several times.

The other persons were not hurt.

The injured policeman was rushed to hospital where he died about 2:40 a.m.

McCollin, 57, who spent more than 30 years in the Jamaica Constabulary Force, was said to be a well-known person in Gregory Park.

Following the attack, the constabulary force issued a warning to its members to be on alert as there is a high threat level against them.

McCollin is the second policeman to be killed in Gregory Park, St Catherine since the start of the year.