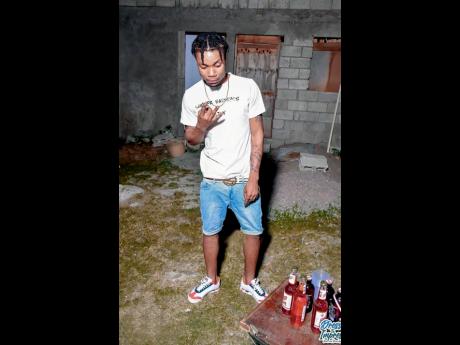 The family of 23-year-old Kevon McCloud is still in disbelief at his shooting death in the Gordon Wood community of Church Pen, St Catherine, on Saturday evening.

McCloud, who worked as an animal feed delivery man, was helping a neighbour in the community to jerk chicken less than a block from his house when he was gunned down by a lone assailant about 8 p.m.

Reports are that the gunman walked up to where McCloud, with his back turned, was preparing the chicken, and ordered a meal. As McCloud turned around to engage the would-be customer, he was shot multiple times in the upper body.

He was pronounced dead at the Spanish Town Hospital.

The deceased’s mother, Pamela Smith, who has uttered only a few words since the tragedy, was still in a state of shock on Sunday morning at the family home.

“I was right here when mi hear the shot dem. Never know who get shot until one of him cousin come seh a China dem shoot,” said the grieving mother, insisting that her son was a hard-working man who was not involved in crime. China is McCloud’s nickname.

“Mi couldn’t move. Mi can’t believe a him dem kill, because as far as mi know, him nuh do nobody nothing.”

He told The Gleaner that it appeared that the shooter knew exactly what time to approach his son.

“It clear seh a him dem come for, because the person walk up and order jerk chicken, and as China turn round, him shoot him,” said the elder McCloud.

A relative of the deceased was attacked and robbed of a cell phone in the community just over a week ago, but McCloud’s parents and other family members said that they were unaware if the two incidents were connected.

The St Catherine South police said that they have not established a motive for the murder.