The ‘godfather’ of Greenvale 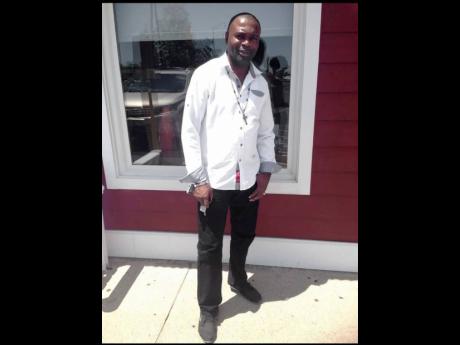 GREEENVALE, Manchester: The death of founder of Modern Ricam Construction, Devon Richards, has left the community of Greenvale in mourning, with beneficiaries of his largesse and mentorship hailing him as a philanthropist. Richards succumbed to...

The death of founder of Modern Ricam Construction, Devon Richards, has left the community of Greenvale in mourning, with beneficiaries of his largesse and mentorship hailing him as a philanthropist.

Richards succumbed to crash-related injuries on September 14 in a motor vehicle accident in Porus, Manchester, 12 days earlier. According to reports, he had been admitted to hospital with breaks to an arm and both legs and fractures to his ribs and face. He is believed to have tested positive for COVID-19 in hospital.

“It’s a hard hit,” said widow Shian, who is worried about the impact of the death on Richards’ younger children, aged four and eight. “The thought of them going without their father is really hard.”

Richards had eight children in total, one of whom predeceased him five years ago.

The 50-year-old was well known for his patriotism and philanthropy.

“He loved his community and country at large. He is a man who would be watching the news and sees somebody in need and goes to PriceSmart and packs his truck and finds that person. And he would do that on more than one occasion,” Mrs Richards said.

She praised her late husband as a family man and nation builder.

Mr Richards was credited with issuing scholarships, building homes for the poor, and contributing to the development of the community football team.

Among those struggling to come to terms with his death is coach of the Greenvale Academy football team and caretaker for the political division, Andrew Smith. The football team was formerly named the Ricam Academy.

Smith, who is a cousin of Richards, said that the late developer went above and beyond the call of duty.

Smith said Richards was a major sponsor of the Greenvale football team that was previously called Ricam Academy football team.

“He gave us top quality. We had transportation issue and he bought a bus to go to and from games and training.”

The late benefactor has been hailed as a community builder who funded back-to-school treats annually and financed tuition and book purchases for students.

“He was like the godfather for the place, so one can just imagine the impact his death has had on the community. There are persons who won’t accept that he has died,” Smith said.

Since Richards’ death, scores of persons have turned to social media to express their sadness and condolence to the family.

Custos of Manchester, Garfield Green, described Richards as an outstanding businessman who was committed to community development.

Despite being cautioned to site his business outside Greenvale, which has been dogged with the stigma of crime, Richards founded the establishment in 2005 after earning his bachelor’s degree in engineering from George Brown University in Canada.

Starting his enterprise on his veranda with a few persons from the community, Modern Ricam Construction grew to become a popular construction company in Manchester.