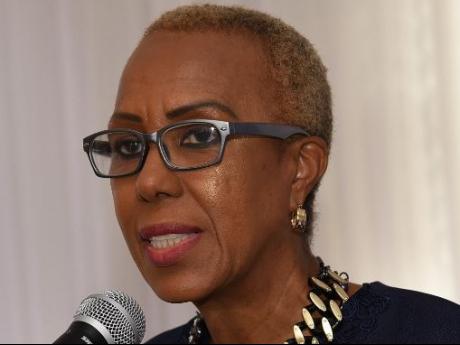 Williams, who was speaking at today's post-Cabinet press briefing, said the findings may require further investigations by other constituted authorities empowered to take legal action.

She said that on learning about the audit, she instructed ministry staff to cooperate with the investigation and to provide any document or support needed.

Williams was assigned to the education portfolio last September.

Williams said that a new board was put in place in December 2020 after several breaches were discovered.

The audit report revealed that a former chairman ignored fiduciary responsibility and duty of care.

In the performance audit, which spans 2015 to 2021, the auditor general reported that the agency paid $143 million to companies and individuals connected to board members and management staff to provide transportation, repairs and maintenance, sanitation, and other services.

It was also reported that the NPL paid a distribution company $69.6 million, between November 2010 and January 2021, to provide transportation and haulage services.

The auditor general said that the investigation also revealed that the registered owner of three trucks used by the distribution company was an investment company of which the former board chairman is a director and shareholder.

Williams said that this was brought to the attention of the new board chair as an action that was not in keeping with good governance.

She said that this was discontinued.

“We support the findings of the auditor general's report and see it as a powerful tool for the reform of not just NPL but as a guide to the proper management of entities that call on the national budget and expend taxpayers' money,” she said.

“Let the chips fall where they may,” Williams added.

In the meantime, Williams announced that Cabinet has approved the establishment of an enterprise team for the privatisation of NPL, which is to be led by the Development Bank of Jamaica.