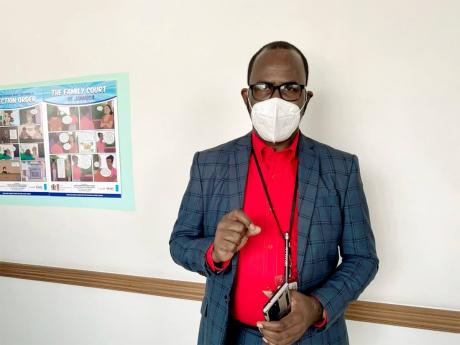 Rank and file cops are hoping that the Government will fast-track the process to pay salaries owed to them for overtime work since 2018 in time for Christmas.

The Jamaica Police Federation had filed a lawsuit against the Ministry of Finance and the Public Service and the Ministry of National Security, complaining that the police have been working more than 40 hours per week without being compensated.

Since the claim was filed in May of 2020, there have been discussions between lawyers for both sides.

The suit was again brought before the Supreme Court in downtown Kingston on Thursday for an agreement to be announced on the Government lawyers’ application.

Althea Jarrett, QC, the lawyer representing the Government, said that the ministries had not yet communicated their final proposal for payment.

“We are hoping that if we get a little more time to be in a position to announce the settlement, some time by the end of this year – realistically around either the end of November or, perhaps, December – to be back here, hopefully, it will be a Christmas gift,” she said.

Jarrett apologised for not being able to announce the settlement yesterday and said that the Government was close to allocating the funds.

“We are coming close to a real crisis, not one created by us, so we need to act expeditiously,” she said.

Following the proceedings, Federation boss Corporal Rohan James also told The Gleaner that the cops want the process to be fast-tracked.

“We are sincerely hoping that arising out of today’s proceeding, that the Government is not thinking of railroading the process of a settlement that we have toiled long and hard [for] and the members’ expectation to reap the fruits of their labour; that the Government is not seeing it fit to shaft them out of that which they have worked hard enough to reap the fruits,” he said.

In a press release yesterday, the Jamaica Police Federation said that the cops were on edge over the matter.

“The Jamaica Police Federation has been patient, accommodating and diligent in the efforts to have this long-outstanding issue resolved, but our members ... are now running out of patience and have expressed frustration,” the release stated.

“We are mindful of the fact that we are living in perilous times. The police are expected to play a central role in the pandemic and the high crime rate. They need to be assured that their rights as citizens of this country will not continue to be disregarded or placed on the periphery,” it added, expressing hope that when the parties next meet, a settlement will be announced.