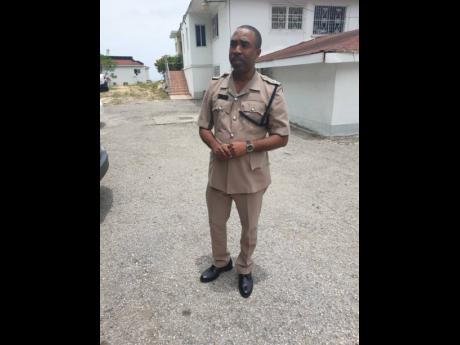 RESIDENTS OF Delacree Pen are attributing the continuous ongoing conflict among rival gangs as the reason for the shooting incident of two men last Saturday afternoon.

According to the residents, one of the injured men, Didane Campbell, otherwise known as ‘Good Yute’, was shot while visiting a shop in the community he commonly frequents. One resident who spoke with The Gleaner on condition of anonymity explained that Campbell is a humble man that always tries to avoid trouble.

“Me know him for years, me and him a neighbour, him just humble. He keep himself to himself. Him and nobody have nothing,” she said. In this instance, residents believe that Campbell was just in the wrong place at the wrong time.

They also revealed that armed thugs have been pressuring young men to participate in criminal activities over the last few weeks. If anyone refuses, they are hunted down and snuffed out. A relative of one of the injured men shared that, “The man dem a say anything that is not unruly a go dead. Wednesday the same man dem kill mi brethren.”

Violence is not new to the Delacree Pen community as various gangs have clashed with each other to determine the leadership of the area. “A years it a gwaan … Everybody just want to be a don so somebody just want to run the place, so they are killing off one another to see who can run the place. It is stupid,” another resident vented in frustration.

However, she believes that the police are also implicit in the activities of the criminals. “The police are informers. You see Hunts Bay police work with some of the bad men down here. They are working with the man dem so you can’t tell the police anything, so you don’t know who to trust.”

They also blame the police for a shooting that took place two Saturday ago. The residents contend that police fired over 100 shots at a number of homes when they observed that residents were not adhering to the curfew hours.

He also sought to address concerns that members of the division have been in league with criminals. “What we have found is that these communities are perennially at war. The issue now is that sometimes there is some confrontation between the police and the residents, so what you will find is that narrative suits persons who want to remain in control of these communities where they spew these narratives.”