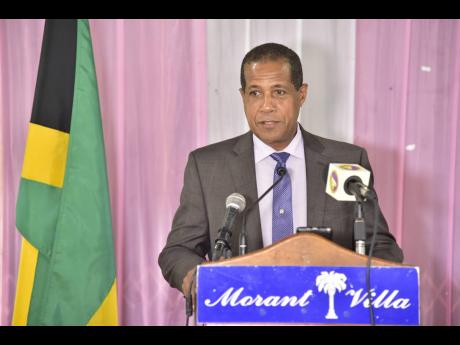 THE FACTORIES Corporation of Jamaica (FCJ) is to meet with Prime Minister Andrew Holness to discuss plans for the long-awaited new town centre for the tourist resort of Negril, Westmoreland.

The FCJ intends to request that the designated lands that are now overrun with squatters be transferred to them, The Gleaner understands.

FCJ Chairman Lyttleton Shirley, along with members of the board, MP Moreland Wilson, the chamber of commerce, and other state entities toured the community known as ‘Little Haiti’ last Friday.

“We are not new to what is being asked and therefore, we are very enthusiastic about it,” the FCJ boss told The Gleaner. “This is the greatest opportunity for the transformation of Negril into a modern holistic town to benefit the people and by extension Jamaica.”

Shirley says the 10 acres is prime lands and is crucial for the transformation of the tourist town. “I’m looking forward to meeting with the prime minister for him to guide us on the next step to take.

“It has been long in waiting,” Shirley continued. “I hear that as way back as the 1970s there have been talks, but while we are talking, there’s the greatest abuse of the land and the MP, in his wisdom, has said enough is enough and it’s time for action.”

Admitting that part of the hurdle going forward will be the relocation of squatters from the land. MP Moreland Wilson says he will engage the Housing Association of Jamaica (HAJ) to resume the preparation of lands that were identified for the relocation several years ago.

“I think we can now discuss a way forward in terms of developing this space, integrating the entire civic area of Negril into something not just for the business community, but for residents,” Wilson said.

“I want to ensure that we kick things off in the right direction,” he added. “What we need to do is to get started and, of course, put out our log frame so we can ensure that we have some deliverables, and get this project up and going,” the first-term MP said.

While the focus has been on combating the COVID-19 pandemic, Shirley does not think that funding will be a problem in building out the new town centre, which will be a blueprint of the Morant Bay project. “Funding is only a scarce commodity when you have the wrong operational model. We have a model that funding is the least of our problems,” Shirley stated. “What we need is planning, and to ensure that whatever we are building is sustainable.”

According to Shirley, an Emancipation Park concept is within the planning, similar to what was conceptualised for the Morant Bay development.