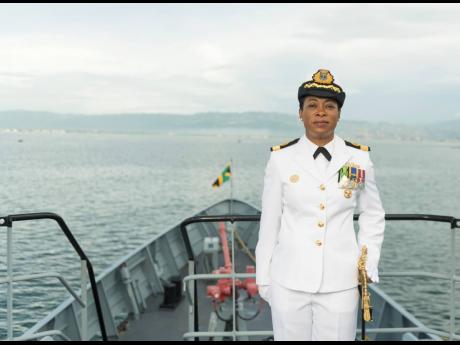 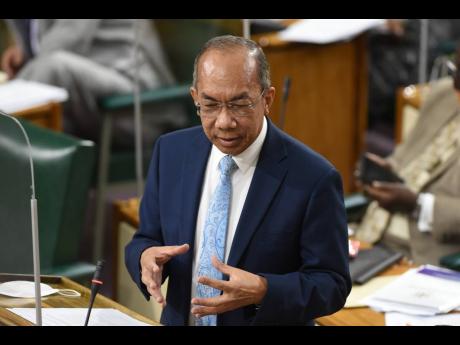 National Security Minister Dr Horace Chang has lauded the recent elevation of Commodore Antonette Wemyss-Gorman to the position of chief of defence staff of the Jamaica Defence Force (JDF), saying that it a reflection of the evolution of the force over recent years.

Wemyss-Gorman, who will take over the JDF’s leadership from Lieutenant General Rocky Meade, who retires from the force as of January, will become the first female army chief in the organisation’s history.

“It is indeed somewhat of a privilege that she [Wemyss-Gorman] is to be the first female chief of defence staff. That is a reflection of the development of the force taking place under the last two chiefs of staff, from Tony Anderson, who is now in charge of the police force, to Lieutenant General Rocky Meade, who is going out, to have developed a deep cadre of high-quality officers of which the country can be very proud,” Chang told The Gleaner.

“It does have a broader impact for the continuance of female leadership in the country. We have a gender issue in leadership, which is going to change as we get more and more of our ladies going into fields that are not traditionally theirs and performing just as well as, and sometimes better than, the men,” added Chang.

But, even as he is lauding the transformational role women are playing in the changing Jamaica, Chang said close examination must be given to how Jamaica’s boys are being brought up, as he believes that an entire generation of them is being lost through murder and dropping out of school.

“We lose our young men who drop out of school in huge numbers, and dropout numbers for young men in our inner-city communities is about 70 per cent. In many cases, we see this reflected at the professional and college levels, which means you will see more women dominate medicine, law, and a number of other professions today,” said Chang.

“We also have to look at the gender problem, which is maybe the more critical one for the country, where we are losing a generation of young men. They are dropping out of school and murdering each other by the hundreds every year, and this is not being approached in the way I think it ought to be, as we need to look at how we have brought up our young males,” Chang added.

Chang’s comments are in line with observations previously made by social anthropologist Dr Herbert Gayle, who told a Zoom town hall empowerment seminar in May that boys who complete secondary-level education are 10 times less likely to become crime statistics than those who drop out before the ninth grade.

“I have been begging principals, senior education officers, and our Government to try and keep boys in school, because when they drop out of school by grade nine, gangs cannot wait for them [to be recruited]. It costs Jamaica US$7,000 (J$1,067,682) yearly to keep one male in prison, but only US$2,500 (J$381,315) to keep him in school,” Gayle said at the time.

Last month, Cornwall College’s Dean of Discipline, Robertino Gordon, told a Ministry of Education-hosted Zoom forum that boys will seek acceptance from gangs if teachers do not approach their education differently from that of girls.