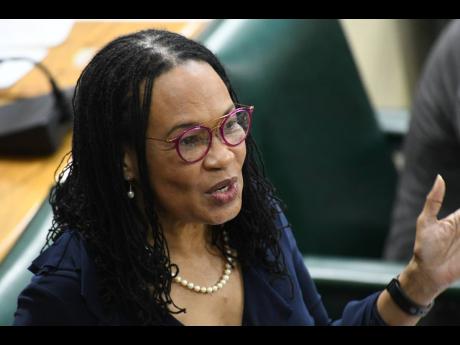 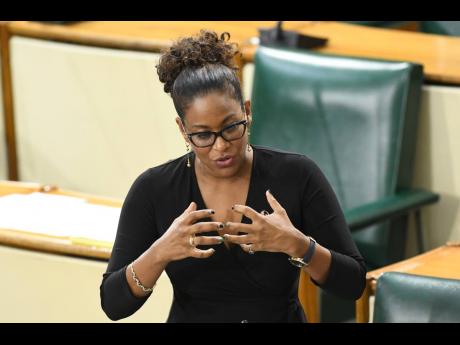 LAWMAKERS IN the Upper House on Friday coalesced to pass the Sexual Harassment [Protection and Prevention] Act, 2021 with 23 amendments.

In a gruelling six-hour-long debate, members on both sides of the political divide gave general support to the new law aimed at protecting individuals in the workplace or institutions from unwanted sexual advances.

The far-reaching legislation also addresses the vexed issue of sexual harassment in the context of the landlord and tenant relationship.

During the debate, senators signalled the need for a massive public education campaign to reverse long-standing cultural practices among members of the society.

The legislation received the nod from legislators in the Lower House on July 18 this year.

The proposed law is gender neutral and seeks to protect and prevent sexual harassment against both men and women.

In her contribution to the debate, Government Senator Natalie Campbell Rodriques suggested that the public education exercise should be massive and akin to the ‘Two is Better Than Too Many’ national family planning campaign of the 1980s.

She argued that the thought process of Jamaicans would have to change concerning sexual harassment.

“On the passing of this bill into law and the education of the public, Jamaicans from either gender will have some protection,” said Campbell Rodriques, adding that, “No one will need to feel desperate because they once again have missed a month’s rent and know that the landlord will respond with a twinkle in the eye and a solution that demeans”.

She said the public education campaign should help to debunk the misconceived idea that boys and men who did not want to be sexually harassed were considered a “maa-ma-man”.

“No one should be made to feel harassed in a sexual manner within any place of work, any educational or health facility or any place on this island,” she said.

Deputy leader of opposition business Donna Scott Mottley said with the passage of the new law on sexual harassment, Jamaican men would now have to rethink how they make advances to women in a context where their remarks might be deemed unwelcomed.

When asked about their comments which might have sexual overtones, Scott Mottley said many Jamaican men would say they were just making a joke or giving a compliment.

The legislation makes it clear that the sexual advance must be unwelcomed by the person to whom it is directed.

She pointed out that the legislation was subjective and places emphasis on how the person who was being harassed felt.

Commenting further on the subjective nature of the proposed law, Scott Mottley said there should be some signal by the individual that the advance being made was unwelcomed.

“How do I make that person know that the advance is unwelcomed is my challenge because if there is not a way to communicate that bearing in mind that there is a time period of six years in which you can make that complaint.”

Scott Mottley noted that some members of the public have expressed some levels of apprehension about how far the legislation is going.

She suggested that the 18-month period established to review the legislation should be extended.

Government Senator Dr Saphire Longmore said that as a mental health practitioner, the passage of the law was a moment of triumph, noting that sexual harassment had caused significant psychological damage to persons.

However, she warned against individuals making false complaints, arguing that everything must be done to prevent anyone from using the law as a tool to victimise others.