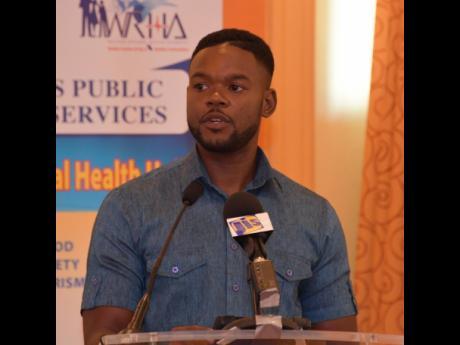 Vernon: "We are responsible for dealing with these matters as a local authority and we are also responsible to the public to ensure their safety."

Deputy Mayor of Montego Bay Richard Vernon is calling for the St James Health Department to investigate the waste disposal practices at all restaurants in the parish following recent reports that grease and oil from food establishments were partly responsible for an overflow of sewage in the city's business district.

Vernon, who was chairing Thursday's monthly meeting of the St James Municipal Corporation in the absence of Mayor Leeroy Williams, expressed regret at reports that a pedestrian narrowly escaped serious injuries while trying to avoid the overflowing sewage.

“In terms of the monitoring of restaurants and how they manage their grease traps, how do we go about dealing with that at the health services level?” asked Vernon.

“I would ask that the health services do an investigation of the ones around town to ensure that they are in compliance because it was brought to our attention at the municipal corporation that some malpractices have resulted in the clogging of drains and blockage in the sewage line,” said Vernon.

“It almost caused a lady to be badly hurt because there was an overflow and she slipped in a particular area. So I am just asking that in light of that, we investigate what is happening at all restaurants in Montego Bay, and St James, if possible, so as to ensure that they are in compliance...we are responsible for dealing with these matters as a local authority and we are also responsible to the public to ensure their safety,” he continued.

In responding to the concerns expressed by Vernon, Sherika Lewis, acting chief public health inspector for St James, admitted that grease traps at restaurants are some times not easily accessible, especially if the establishments are built as part of a complex.

“If a restaurant is on a plaza, it may be difficult some times to access the grease trap, so what we recommend is for them [restaurant operators] not to dispose of grease down the drain,” said Lewis.

Earlier this week, reports surfaced about an overflow of sewage at a section of Union and Harbour streets in the vicinity of the Baywest Shopping Centre.

Subsequent checks by the National Water Commission revealed the presence of fats and oils, which the commission said contributed to the blockage and resulting overflow.

The St James Health Department has done several campaigns in recent times to educate restaurant operators and other persons on how to properly address waste disposal but it would appear that the campaign is not having the desired impact.

In November 2019, reports were submitted to the municipal corporation that food vendors and restaurants were continuing to improperly dispose of their food waste across Montego Bay in spite of the health department's training efforts.

The dumping, in turn, was a significant contributor to the western city's major rat infestation problem.