Schumer bats for Jamaica-born Nick Perry to become US ambassador 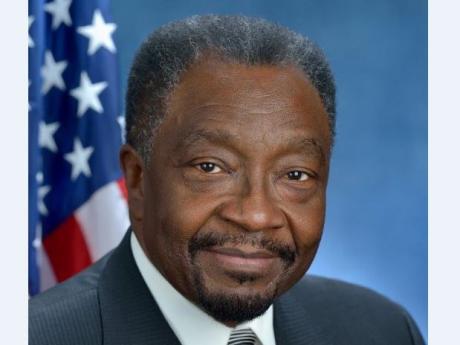 Perry, a past student of Kingston College, has represented the 58th assembly district in Brooklyn, New York for over three decades - Contributed photo.

A member of the Democratic Party and Senate majority leader, Schumer said that he has made the case to President Joe Biden to nominate the Brooklyn-based politician.

“Assemblymember Perry has dedicated his life's work to serving his constituents and has fostered many deep and lasting cultural, economic and political connections between the United States and Jamaica and that experience will make him an outstanding ambassador,” Schumer said in a statement on Monday.

Schumer further said that Perry's unique perspective and understanding of Jamaica would benefit both the island and the US and help to will deepen the longstanding bond between both countries.

Meanwhile, Jamaicans in the Diaspora have reacted positively to Schumer's move.

Former New York City Council member Una Clarke said that she was part of a group that proposed making Perry an ambassador.

“We did not specifically say Jamaica but that he would make a great ambassador anywhere. We testified for him. Nick has a great perspective and is someone who keeps his word. He is a good example of immigrants coming to the United States and giving back through service,” she said.

Clarke expressed pleasure that Schumer has thrown his support behind the request.

She further revealed that she and others in the community have spoken with background investigators.

Also welcoming the news is Jamaican New York State Senator Leroy Comrie who said that in many ways Perry has worked to foster better relationships between Jamaica and the US.

“I hope that it happens. He would work hard to build and advance relationships between Jamaica and the United States,” said Comrie.

Former CUNY professor Dr Basil Wilson sees an appointment for Perry as ambassador as a topping off of his outstanding career.

“He has always maintained close ties with Jamaica and has contributed to a better understanding between Jamaica and the United States. It would be a befitting appointment,” said Wilson.

Dr Karren Dunkley, Jamaica Global Diaspora leader for the Northeast region in the US, also reacted positively to the news that Biden has been asked to nominate Perry as ambassador to Jamaica.

“He is a very dedicated servant of the people and he would work hard in the interest of Jamaica and the United States. I believe that he would exceed the expectations of what is expected of an ambassador,” Dunkley.

“He has the understanding coming from the political side. The economic side may be at a loss but his experiences could bring other issues to the forefront,” said Irwine Clare.

A past student of Kingston College, 71-year-old Perry migrated to America in 1971 and served two years in the US army.

Perry, who has represented the 58th assembly district in Brooklyn for over three decades, was first elected to the New York State assembly in 1992.

He has risen through the assembly ranks over the years and is the third most powerful politician in Albany.