Attire should not be hindrance to education – Morgan 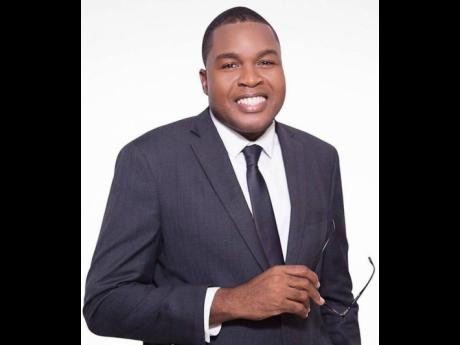 Following a number of incidents where schools have denied students access to classes as a result of what they described as inappropriate attire, among other issues, State Minister in the Ministry of Education, Robert Nesta Morgan, is cautioning schools to be reasonable in their judgement.

Recently, Samoya Farquharson, a student of Tacky High School, was barred from entering online classes because she was not wearing the uniform as the school requires.

While the principal at the institution, Howard Bascoe, said he was unaware of the matter when it first came to light, he revealed that school authorities have had to take a stance for official school attire, as parents and students have in the past flouted those rules.

The matter of appropriate school outfit has sparked national debate as news of the localised policy guideline at various schools become known.

Parents of a five-year-old child who was denied admission into Kensington Primary School because of the school’s no-dreadlocks policy, are now appealing the court’s ruling made last year, in which it found that the school had not breached the child’s constitutional rights.

“I believe, and the ministry believes, in discipline and students must be attired appropriately for school; but there is a problem, and it’s the definition of the word ‘appropriate’,” said Morgan.

As the questions of sociocultural evolution of the society, post-colonial ethos and whether the system should ascribe to Eurocentric approach to grooming continue to rise, Morgan said it is stirring a pot of conflict in the education system.

The junior minister, who was speaking at the virtual 29th annual conference of the Association of Principals and Vice-Principals on Sunday, believes some of these issues could have been avoided if the Government had a more definitive stance on the matter.

“We now have the document [Dress code Policy] that was finalised and, I think, ready for Cabinet to make a decision on what is Jamaica’s national grooming policy. Your hair should not be a determinant of your access to education.”

Morgan said that even with a grooming policy, there will still be instances where students may fall out of line, but administrators will need to exercise good judgement.

“The skill of the administrators will be called upon. There has to be balance, the need for order, respect for the school environment, and their recognition that even though this child is breaking the rules, their quest for education is paramount.”

Morgan, who shared his own experience of witnessing students being sanctioned and locked out in high school, said drastic action can often be counterproductive.

“We cannot be puritanical in our approaches. We have a responsibility as people who recognise the damage that a disconnection from the education system can cause a child, and that the school is the only protective space that exists for some young people in Jamaica in many situations ... we have to find a way.”

He added: “Fundamentally, I don’t believe that attire should be a hindrance to access education, even though I believe we must follow the rules. We have to think about what we are doing and how we apply rules, and how we balance justice, while maintaining integrity.”

SOME RULES SHOULD NOT BE BENT

While some administrators were of the view that students should not be blighted, they were firm in their belief that some rules ought not to be bent.

Morgan maintained that there can be no broad brushing of the issue, but a case-by-case approach, with sound judgement is what will make the difference.

As parents continue to complain about their children being sidelined because of their own inability to pay fees imposed by the institutions, the state minister is once again asking administrators to be reasonable. ,

He said that though the Government has increased allocations to schools following the abolishment of auxiliary fees, he understands that economic realities cause funding to be insufficient.

“I have letters in my possession from schools that are blocking students from engaging because they refuse to pay, or are unable to pay, the voluntary fees. The ministry has a dilemma. We know the schools need resources, but we also know that a lot of our parents can’t afford it.”

He added: “We are all suffering. It is difficult to increase a budget without revenue. A lot of businesses have closed, but we have not sent home one teacher or civil servant because we can’t afford to pay them.”

The state minister is appealing to administrators to be mindful of parents’ inability to pay and keep in mind the Government’s policy that “there should be no hindrance to access at the point of access”.