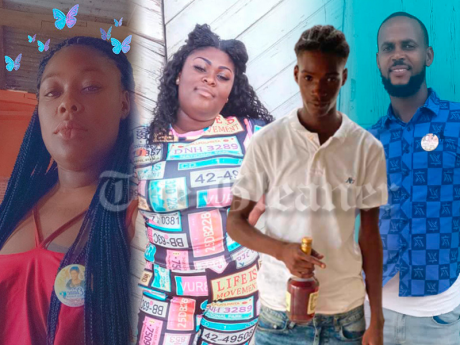 Two men who were among a group of armed thugs who executed four people in Clarendon last month will each have to serve at least 20 years in prison.

Andre Bennett and Oral Richards each pleaded guilty to four counts of murder and illegal possession of a firearm in the Home Circuit Court yesterday.

Both men were armed with guns, but did not fire their weapons just after midnight on September 12 when two sisters, their nephew and one of the women's common-law partner were shot execution-style in Havana Heights.

Richards was sentenced to life in prison for each murder and ordered to serve 20 years before he is eligible for parole.

He was also sentenced to 20 years in prison for illegal possession of a firearm.

Richards has a previous conviction for illegal possession of a firearm.

The sentences are to run at the same time.

Bennett was sentenced to 20 years in prison at hard labour for each murder and ten years for illegal possession of a firearm.

He, too, will serve the sentences simultaneously.

All four were shot in the head and torso.