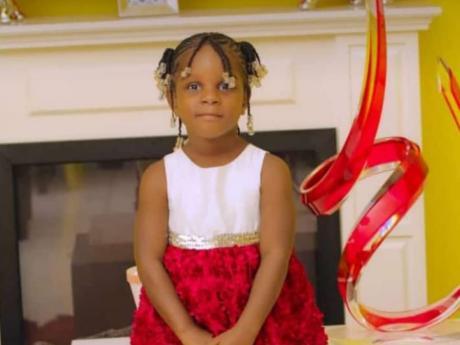 Denique Salmon was shot as she slept on October 7 as gunmen from warring factions fired in the New Haven community.

The Hunts Bay Police have named two men wanted for the murder of five-year-old Denique Salmon of Riverside Drive, New Haven in Kingston 20.

Denique was shot as she slept on October 7 as gunmen from warring factions fired in the community.

She was taken to the Bustamante Hospital where she was pronounced dead.

2. Anteneil Reynolds, 29, otherwise called 'Son Son' of Marlborough, New Haven in Kingston 20. He is of slim build, has bleached skin, sports a low cut hairstyle and walks with a limp.

These men are asked to turn themselves in to the police immediately.

Anyone with information relating to the whereabouts of Theodore Bearer and Anteneil Reynolds is being asked to contact the Hunts Bay Police at 876-923-7111, Crime Stop at 311 or the nearest police station.