Agriculture on the bloom in East Rural St Andrew 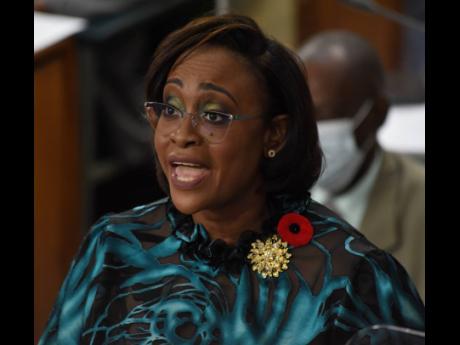 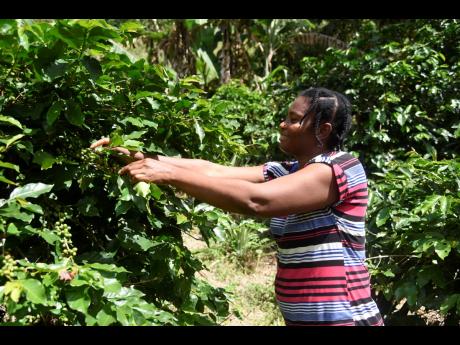 Nicholas Nunes/Photographer
Dinneth Fearon said that she welcomes the efforts being made by Member of Parliament Juliet Holness, to rejuvenate the horticultural sector in Dublin Castle, St Andrew, as she picks coffee on her farm on October 29.
1
2

Member of Parliament for East Rural St Andrew Juliet Holness is boasting that an agricultural revolution is on in earnest in her constituency, built on the cultivation of winter vegetables, strawberries, Irish potatoes and a long-standing staple crop – coffee.

Holness cited, for example, how the use of creative production strategies in the cultivation of Irish potato has seen yields jump from the national average of 16 tons per hectare to 20.2 tonnes per hectares, on average.

“Irish potato has become a major economic driver for the constituency, providing sustainable income for farmers during periods of low coffee prices. Strawberries continue to be viable, and we are revitalising the programme by promoting new varieties that are developed for the tropics,” Holness told the House of Representatives last Tuesday, while making her contribution to the State of the Constituency Debate.

By using higher-priced F-1 hybrid seeds, farmers have significantly raised their productivity rates and, having benefitted from that experience, are now clamouring for broccoli, cilantro, kale, parsley and Chinese cabbage, crops which have not been previously grown in the constituency.

“We introduced melon and cantaloupe as crops in the Bull Bay area, with resounding success for the farmers,” Holness reported, adding that Dublin Castle has had a rich history of internationally renowned horticultural exports, which waned over time, but efforts are under way with a pilot project aimed at rejuvenating this robust industry in the hills.

However, challenges with coffee production and processing continue to plague the constituency, according to Holness, who highlighted a lack of transparency in the average contract pricing secured out of Japan; the absence of an effective co-operative structure for negotiation of terms for all coffee farmers; and the use of middlemen in the structure for distributing government resources intended to benefit the farmers.

“I have made recommendations for all the observed deficiencies to the Jamaica Agricultural Commodities Regulatory Authority, and have received several assurances that they will explore utilising their knowledge of the contract prices in Japan to establish a price index mechanism to assist local farmers in determining a reasonable range of prices for their produce,” she added.