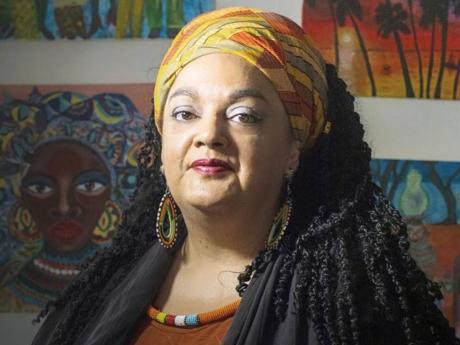 As the Home Office runs down the clock to another mass deportation flight to Jamaica, set for Wednesday, November 10, campaigners and activists have stepped up their fight to get the plans cancelled.

The immigration rights action group Movement for Justice has planned a demonstration for Thursday outside the Jamaican High Commission in Kensington, southwest London, to demand that the Government refuse the flight, which will be the second in three months.

In early August, a similar flight left the UK with only seven persons deported out of a planned 50 as last-minute legal challenges and vigorous campaigning by human-rights groups won reprieve for the majority of detainees.

Home Office immigration officers have reportedly been rounding up detainees in preparation for next week’s flight since last week, with a total of 12 Jamaican nationals detained at Colnbrook detention centre and a further four at the Brookhouse facility.

Zita Holbourne, national chair of BARAC UK (Black Activists Rising Against Cuts), has said that people are being detained when they sign in at reporting centres and the Home Office is deporting people at the last minute even though detainees have to be given seven days’ notice of any impending deportation order.

Holbourne was critical of the Home Office’s continued targeting of Caribbean nationals ahead of the second charter flight this year.

“It does feel like the British government is targeting black people disproportionately. They haven’t implemented the recommendations of Windrush lessons learnt, and the majority of these people will be the descendants of the Windrush generation,” she said, referring to a recent scandal over the deportation of mainly Caribbean nationals who had migrated to the UK to help it rebuild after World War II.

“We have to look at the impact on individuals and their families because they are being torn apart and destined for an uncertain future when they reach Jamaica,” said Holbourne.

Questions have also been raised about the economic viability of the chartered flights used to remove deportees after last August’s removals reportedly cost the British government approximately £200,000 for the flight to Jamaica and back with only seven deportees on board.

Bishop Desmond Jaddoo, chair of the National Windrush Organisation, has questioned the viability of the cost to the British taxpayer after the Home Office confirmed that just over 140 convicted persons were deported on six flights between 2016 and 2021.

Holbourne pointed out that all of this comes at a time when a number of Caribbean leaders, including Jamaican Prime Minister Andrew Holness, are visiting the UK for the COP26 climate summit in Glasgow.

“The latest deportation flight coincides with COP26. The people most impacted by the climate crisis and climate displacement are those in the Global South – black and brown people, including those in the Caribbean region. It is irresponsible that a charter flight, which has capacity for 200 or more passengers, but with only 10 to 15 people on board, is allowed to take off on a cross-Atlantic journey contributing to global CO2 emissions,” she said.

“We make no apology for seeking to remove those with no right to remain in the UK and dangerous foreign criminals. That is why we regularly operate charter flights to different countries – to remove dangerous criminals and those who have no right to be in the country but refuse to leave voluntarily,” a Home Office spokesperson said in relation to the upcoming flight.