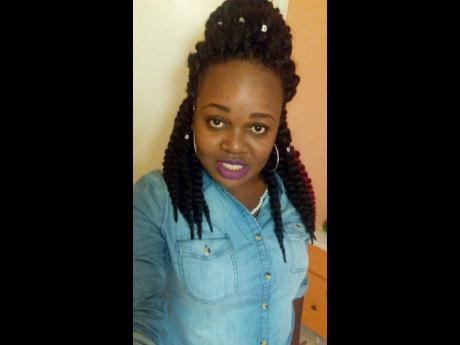 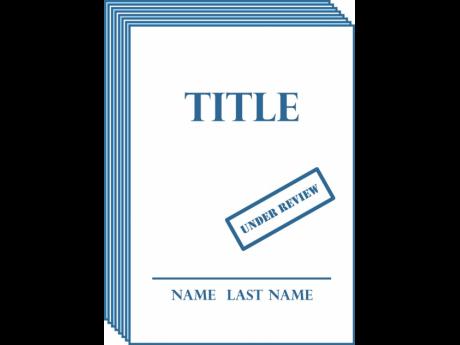 In the middle of the COVID-19 pandemic that has caused her to lose one of her sources of income, an aspiring Jamaican indie author pursues her passion of writing. Shana Ledgister told The Gleaner on Monday that during the pandemic, she felt as though the stresses brought on by the pandemic would ‘nearly cripple [her] intellect’.

To her surprise, this period has allowed her to not just overcome challenges but to also become more focused on her literary profession.

An indie author is a writer of fiction and non-fiction, who self-publishes his or her own work and retains and controls publishing rights.

Writing, she says, became her healing therapy as it is through this that the broken relationship she once had with her father was eventually mended.

Since finding solid ground to rest her newly established writing fingers, Ledgister has produced and published four novels, one in July Shot in the Heart, No Gun In Sight, two in September, titled Undercover Goddess and Money Can’t Please Her in Bed, and most recently in November, Star boy: A ghetto top man’s story.

Her writing, which is aimed at mature audiences, pays homage to her homeland by being written in Jamaican Creole and mostly addresses themes concerning women in male-female partnerships.

“My books are also written to empower females, as my female protagonist is oftentimes seen being faced with an adversity which she most times overcomes through building her mental and financial strength,” said Ledgister.

Ledgister’s pursuits have not been hampered by the use of Creole because she believes that it will not limit her ability to reach out to audiences outside of the Caribbean diaspora who have limited knowledge of Jamaican Creole, but will instead provide learning opportunities to those who are intrigued by the language and are eager to learn the dialect as they enjoy Jamaican culture.

She also stated that she intends to collaborate with someone who will develop software for non-Creole speakers so that they may understand through translation.

Ledgister, on the other hand, did not always see herself on this journey. Prior to being forced to close her restaurant due to financial constraints caused by the pandemic, she also had to contend with her parents over their initial criticism of her desired professional path, which was to become a writer.

Her relationship with her father had become strained as a result of this disagreement, as well as due to other family issues.

“I’ve always wanted to become a writer but you know with Jamaica, writers don’t get the exposure that we need, so I was going off of what my parents wanted me to become,” she explained.

Her father wanted her to be a police officer, while her mother preferred her to be a nurse. These professions did not captivate Ledgister in the same way that the arts drew her in for a magical, emotional, and gratifying journey.

Stuck between a rock and a hard place, Ledgister needed to attend university because her parents believed that was what one should do after high school. She enrolled in the University of Technology, Jamaica, in 2014, where her studies centred around becoming a child development and welfare officer, which, although it still went against her parents’ aspirations for her, posed no issues because she was still pursuing a tertiary-level education.

“They always thought that in order to have a successful life, you needed to attend a university, so that was why I placed writing at the back of my mind and decided to venture off into university,” she said.

Years later it became rather difficult to afford university as hard times came upon her. With only one semester remaining, Ledgister says she was not able to finish her studies. This brought her and her mother much closer than they previously were, as she became more understanding over time.

Her father, on the other hand, took more time to accept this, especially as their relationship was a complicated one. “I mostly enjoy writing now because it mended the relationship with my dad. He and I never used to see eye to eye per se,” she said.. But it was through her writing and having occasional dialogue with her father about her passions that “this light came on in his head”, she said, where he became proud of her.

“It’s very great now, thank God ... we talk almost every day now and I appreciate the level it’s on right now,” she said of their current relationship.

Ledgister hails from Newton, St Elizabeth, where she grew up with her extended family. She describes her birth parish as “the easy parish”, with a serene and peaceful ambience for its residents.

She became involved in numerous interests, such as athletics after spending most of her childhood with the boys in her family. She also enjoyed playing marbles and writing in her journals in her alone time.

At the age of 10, Ledgister’s love for writing increased exponentially, as she realised the unique manner she represented herself on paper through journalling and capturing many of her daily activities and tragedies, giving birth to her own writing style and artistic expressions.

Ledgister says topics about everyday life, through interactions with family and friends, aid with getting her creative juices flowing.

She urges young and aspiring writers who have faced backlash as a result of their decision to pursue a career as a writer to persevere. “If something is your passion, stick with it ... don’t worry about the money.”

Ledgister added: “I love writing and offering advice to anyone who is interested in my thoughts,” says Ledgister. She has also tried her hand at blogging where she discusses issues of domestic abuse. This has become another avenue for her to reach out to women and encourage them through her writing. “When they see how my female protagonist overcomes her domestic violence relationships, they will better have the courage and confidence to overcome theirs.”

Ledgister intends to produce her own animated feature film and dabble in scriptwriting in order to pursue her dream of becoming a film producer.