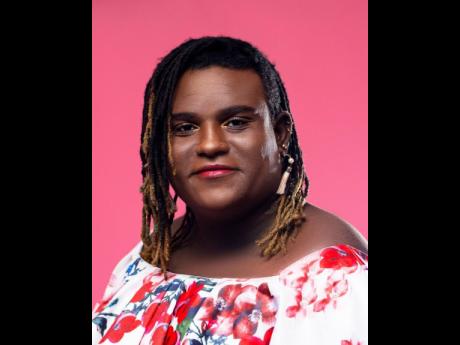 Members of the island’s LGBTQ+ community are pushing for a Jamaica where transsexuals are allowed to “affirm” their gender choice islandwide and without reproach.

Affirmation for men who have transitioned into women means wearing heels, dresses and generally taking on female personas in public spaces. The alternative for women who identify as men – the two groups reportedly fighting the hardest battles in the local LGBTQ+ community.

According to transwoman Renae Green, executive director of rights group Transwave Jamaica, it is ridiculous that any Jamaican would be affected by such displays.

“I would like to see for Jamaica a space where transpeople can be affirmed and allowed to exist without fear or discrimination and stigma,” argued the 30-year-old, who has been donning dresses, eye shadow and lipstick since age 21.

“Us affirming doesn’t stop any member of the general population from eating, existing, working or surviving, but, for us, affirming is literally a matter of life and death,” argued Green, citing widespread fear of being attacked in public while dressed as a woman.

“When I affirm, it is for myself and I am not a danger to anyone else. I’m not trying to influence anyone. I’m just trying to exist,” he continued in a matter-of-fact manner.

“Being trans is new to people, but new doesn’t mean that it is bad or harmful,” Green argued. “This idea that my existence will inflict some form of mental trauma on someone makes no sense ... . To even insinuate that my existence provides trauma is ridiculous and preposterous at best.”

Green and Glenroy Murray, interim executive director of Equality for All Foundation Jamaica – formerly Jamaica Forum for Lesbians, All-Sexuals and Gays (J-FLAG) – were among panellists at a Gleaner Editors’ Forum looking at the impact of mental illness on the LGBT community and the physical and psychological trauma inflicted on them by Jamaicans who are not in support of their lifestyles.

Opposing Jamaicans need to find themselves safe spaces, he recommended.

“We have talked about safe spaces that are not inclusive to LGBT people, they (opposing Jamaicans) can always go there,” he said. “Whether it is a gay man or woman walking in heels, you can always go to your pastor and let him know how you feel about it.

“I don’t think it is the responsibility of the LGBT community to assuage your own feelings based on your own upbringing,” explained Murray, who at the forum graphically outlined the mental implications from public isolation and discrimination for the LGBTQ+ community, especially transpeople.

The forum highlighted a study by clinical psychologists Dr Kai Morgan and Tiffany Palmer, released earlier this year, that reported that 69 per cent of respondents said they felt anxious and depressed; 40 per cent reported having trauma symptoms; 27 per cent attempted suicides; and 23 and 21 per cent, respectively, resorted to alcohol and drug use or to cutting and burning themselves as ways of coping with mental issues.

The study employed qualitative and quantitative analysis via online surveys and one-on-one interviews, among others. It featured the input of members of the LGBTQ+ community, medical practitioners, counsellors and other stakeholders, and noted that “healthcare providers felt that they lacked training in dealing with the community but more so the transgender community”.

Although more accepted in the United States, the transsexual debate and its implications still thrive in that country.

Professor of gender and women’s studies at the University of Rhode Island, Donna Hughes, came under fire from the school and the public for her article, ‘Fantasy Worlds on the Political Right and Left: QAnon and Trans-Sex Beliefs’, which likened transsex beliefs to fantasies affecting “real children”.

“The biological category of sex, particularly women’s sex, is being smashed. Women and girls are expected to give up their place of privacy such as restrooms, locker rooms, and even prison cells,” Hughes wrote. “When biological males identify as transwomen, they compete in women’s and girls’ sports. There are now cases of women being injured, some severely, by biologically larger and stronger biological men competing as transwomen.

“Basic biology words like breast and vagina are replaced by misogynistic trans-sex/transgender language so that a female has a “front hole” instead of a vagina; females “chest feed instead of breastfeed,” she continued. “... people are losing social media accounts or being fired for ‘misgendering’ someone or not ‘affirming’ a person’s claimed gender identity.”

It was not fully outlined the extent of local affirmation for Transwave Jamaica, but, for now, access to proper physical spaces and mental health treatment, proper customer service, and an end to discrimination are the common calls, even as Green admitted that improvements have been made.

“Members of Transwave Jamaica have already been affirming in public spaces. We go in our heels, we go in our nails, our wigs and our lashes. We utilise the spaces that we can and we are also aware of the spaces we can’t go because of the stigma and discrimination,” Green said, noting from experience that local call centres have been accommodating to this lifestyle.

They have allowed transmen to wear female attire some days and even at a staff party.

Asked which bathroom is used when affirming, Green was dumbfounded, responding: “I use the women’s bathroom because I’m a woman! Why would I be using the men’s bathroom?” the Transwave Jamaica executive director asked, noting that other women do not feel threatened when this is done.