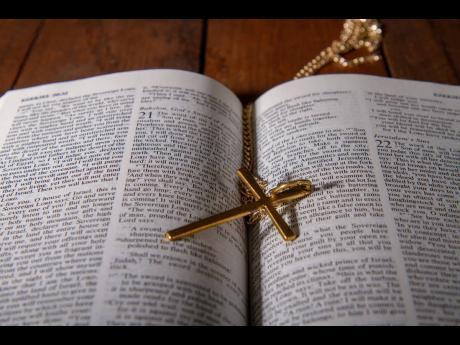 Robinson asserted that because a wife belongs to her husband it was not a question of rape.

A Jamaica-born Seventh-day Adventist senior pastor at a Bronx church in New York has been relieved of his pastoral duties following an uproar over a sermon he did in which he spoke about marital rape.

Burnett Robinson, who hails from Westmoreland, has also been prohibited from preaching in any Seventh-day Adventist church.

It all stemmed from a sermon he did on November 13 in which he questioned whether a husband could rape his wife.

“I would say to you gentlemen, the best person to rape is your wife,” Robinson said during his sermon at the Grand Concourse Seventh-day Church in the South Bronx.

“In this matter of submission, I want you to know upfront ladies that once you get married you are no longer your own. You are your husband's. You understand what I am saying? I emphasise that because I saw on TV the other day where a lady sued her husband for rape and I would say to you gentlemen the best person to rape is your wife,” he said further.

Robinson asserted that because a wife belongs to her husband it was not a question of rape.

His sermon generated an uproar with some members of the congregation calling for his removal.

In a petition, upset congregants called for the church to remove Robinson from his duties.

The petition gathered a number of signatures and the main Seventh-day Adventist body asked Robinson to resign, which he did.

The church has since said that he will not be allowed to preach at any church.

However, many in the congregation have come to the pastor's defence alleging that he is being wrongly accused of condoning marital rape.

In a petition circulated on his behalf, some members spoke out about how the situation was handled.

“Pastor Robinson has been falsely accused by detractors of promoting wife rape. This malicious mischaracterisation has resulted in the assassination of his character on a global scale. In addition, it has compromised his ability to feed his family,” a section of the petition read.

The pastor's defenders argued that he was using a passage from the New Testament in which the Apostle Paul said wives should submit to their husbands, as to the Lord.

Contacted by The Gleaner, Robinson said he had been instructed not to make any statement.

A spokesman for the church also declined to make a comment.