Three cops interdicted over escape of fugitive from lock-up 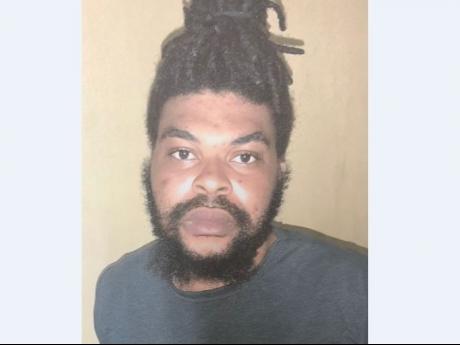 Twenty-seven-year-old Orville Purnell, was due to face an extradition hearing on December 6, absconded from police custody on Wednesday, December 1. - Contributed photo.

The Jamaica Constabulary Force (JCF) is reporting that three members who were on duty on the day a Jamaican fugitive wanted in St Lucia for murder and gun crimes escaped from Kingston Central police lock-up have been placed on interdiction.

The JCF says a parallel criminal investigation into this incident has begun.

Twenty-seven-year-old Orville Purnell, was due to face an extradition hearing on December 6, absconded from police custody on Wednesday, December 1.

The incident has refocused the spotlight on a series of escapes from police lock-ups and raised questions about the actions of police personnel.

“He never escaped, really. We believed that he just walked out of the station,” a senior police officer who was closely monitoring the investigations told The Gleaner last Wednesday.

The policeman, who requested that his name not be published because the probe is at a delicate stage, said there were no discernible signs that Purnell's cell was tampered with.

READ: He just walked out

The JCF noted that eight other members have been placed on interdiction in relation to two other cases of escape that occurred this year.

It added that it takes all allegations made against members seriously.

Police Commissioner Major General Antony Anderson stressed that improving the integrity of police lock-ups is critical to the modernisation of the constabulary force.

“We have sought to refurbish many police lock-ups across the country because we treat this function of policing as being critical to improving our ability to keep people safe,” said Anderson in a statement today.

Anderson also emphasised that, while due process will be taken, there must be consequences for the recent escapes of detainees.

“Let me make it abundantly clear to the public and to the men and women I lead that this is a matter of accountability that I take very seriously. When people, through negligence or unprofessionalism, cause the name of the JCF to be tarnished, there must be consequences,” he said.

The JCF indicated there have been eight incidents of detainees escaping from police custody since the start of 2021.

Of those incidents, it said that four investigations are far advanced and are the subject of administrative processes.

The JCF said Inspectorate and Professional Standards Oversight Bureau investigations continue into the other four matters and updates will be provided at an appropriate time.