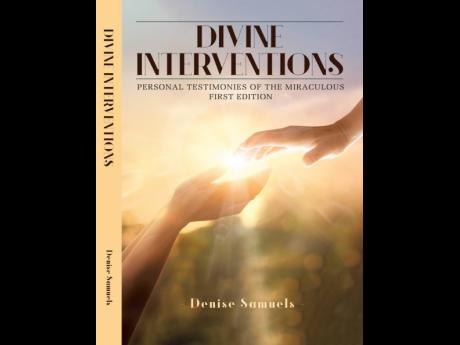 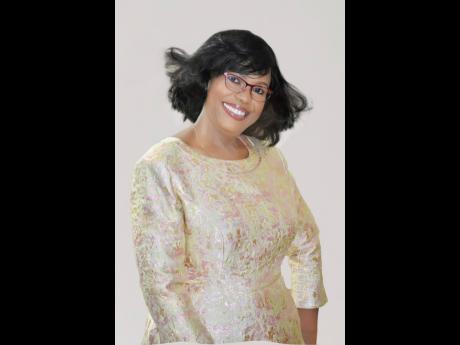 Seven years ago, Minister Denise Samuels visited a church service with a former co-worker for the first time and was surprised by the pastor who told her that God wanted her to write a book and that He would tell her when. She visited the same church three months later and was told the same thing by the pastor.

Having no idea what she would be writing about, or even how to go about it, Samuels just made a note of it in her journal and left it at that.

Three years later, the pastor’s prophetic words came back to her after her mother died. She said two months after her mom’s passing, a church sister told her that she saw her in a vision, writing, with a bright light over her head.

Samuels said that when the sister asked aloud in the dream what she was doing, she said she heard the voice of the Lord answering, “I told her to write a book”.

The final confirmation came just over a year ago. While having a conversation with a friend, she shared that the Lord wanted her to write a book but that she did not even know what to write about or when to write it.

“As we were discussing same, the Lord spoke to me and said, ‘It is time to write the book’ and immediately, I heard the friend say the exact same words to me. Thereafter, I began the journey of writing the book. God led me to write a moving memoir that explores my personal and spiritual journey,” she shared with Family and Religion about what is now Divine Interventions.

Expounding on the book, Samuels said the concept of divine interventions is not a myth, but reality. She said the book takes readers on a personal journey of her real-life experiences of brokenness, financial struggle, and pain and how God made a way through a series of astounding life-transforming miracles, coupled with sermons birthed from the experiences, as He rewrote the script of her life.

“It is meant to prove that your life has been predestined for greatness by God, and that He will never leave you, and even during your greatest trial and your darkest days, He is still with you, working behind the scenes to accomplish His will and purpose in your life,” noted Samuels.

For those taking the time to read the book, she said she wants them to take away the fact that miracles are still happening. It is her hope that readers will be encouraged and inspired not to lose hope, but to keep pressing on even in the face of adversities.

Sharing about her favourite part in the book, Samuels said it is in the the chapters ‘A Miraculous Rescue’ and ‘Fight Like A Girl’ as she said the two chapters record some of the greatest miracles that she has ever experienced, including after eight months of doing multiple X-rays and other tests, which left the doctors clueless, the Lord divinely intervened. “He miraculously healed my right foot that had been causing me excruciating pain, losing weight, and brought me close to paralysis and death. When I was financially bankrupt, the Lord divinely intervened and used strangers to make the provisions,” she highlights.

Samuels, who is an international speaker, preaches strong messages of deliverance, hope, and divine healing. She is also the associate pastor at Faith Cathedral Deliverance Centre with direct responsibility for supervising the functions of its 36 ministries.

On December 1, Samuels launched the Divine Interventions Book Club, a free virtual membership platform, which provides members with a daily devotional authored by her.

Looking ahead, she said there will be more personal testimonies in the Divine Intervention series.

“I am a testament of God’s miraculous power. My life is loaded with numerous instances of when God divinely intervened and He wants me to share them all,” she said of the book, which is available on the digital platforms as well as at the church she attends on Waltham Park Road.