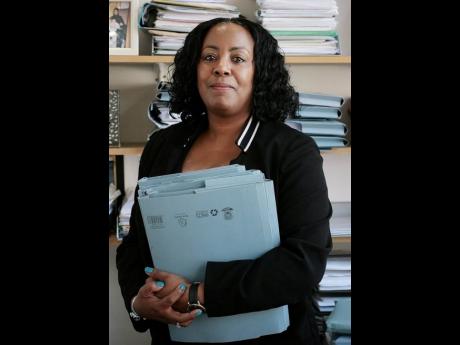 Members of a local advocacy group are calling for the full implementation of recommendations from the House of Commons Home Affairs Select Committee on the Windrush Compensation Scheme.

Jacqueline McKenzie, of Leigh Day’s Asylum, Immigration and Windrush Team, who led a victims’ protest outside the Home Office earlier this month, said the committee’s report is the latest in a series which highlights failings in the administration of the Windrush Compensation Scheme and insists the scheme should be removed from the Home Office.

She said: “From the start, I was one of the persons who didn’t think that it should be taken away from the Home Office because I felt if you take it away, it was just going to delay things further, but it got so bad that a complete overhaul, to include independent management, is now necessary if victims are to get justice.

“The Windrush cohorts are a particular group within the Windrush generation who have really suffered. I have spoken to about 500 or more of them and there is almost a prototype; they have got low education, low employability, serious health factors, mental health issues, some have even been in prison. It’s a really deprived group and if you weren’t that deprived, you would have found a way of dealing with the system when you first encountered problems.”

The House of Commons Home Affairs Select Committee recommended that the scheme be transferred to an independent organisation to increase trust and encourage more applications. Among the failings it noted was the slow handling of claims.

It detailed that by the end of September, 3,022 of the expected 15,000 applicants, had applied for compensation, but just 864 had received payment. This means that just 5.8 per cent of Windrush victims have received any payment while 23 individuals with claims had died without receiving compensation.

The report also found that the current limited support service provided by ‘We Are Digital’platform was not sufficient to remove the need for specialist legal advice. It urged the Home Office to introduce new arrangements to ensure that all claimants who wish to access legal advice and assistance with their compensation claim are able to do so.

The Home Affairs committee report also noted that the Home Office’s handling of claims has repeated the same mistakes which led to the Windrush scandal in the first place. Claimants face a “daunting application process”, “unreasonable requests for evidence” and were “left in limbo in the midst of inordinate delays”.

She said: “The only work the Home Office has done from the Williams report is the implementation plan, which is shocking, as it is coming up to two years and only one recommendation has been acted on. Wendy Williams’ report called for structural and cultural change, which is needed.

“This whole programme of asking people to put in evidence of their status going back to the 1970s when the government’s own tax and employment (records) are available shows they are deliberately putting people through more trauma. Coming here and living through racism was already traumatic for these people. Now they have to deal with the Home Office who are disbelieving them.”