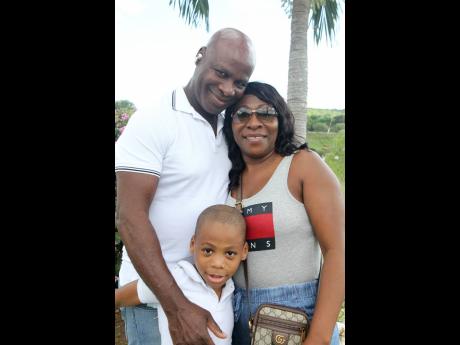 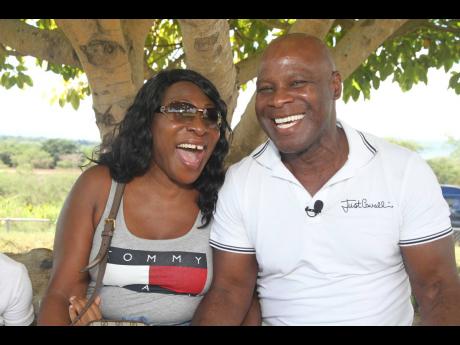 Nathaniel Stewart
Donahue and Julea Nelson share a lght moment as the reflect on their 38-year romance. 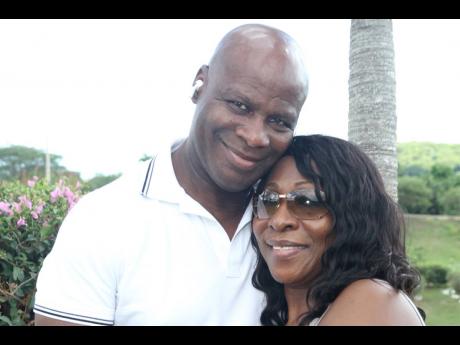 Donahue and Julea Knibbs Nelson are now celebrating 38 years of being together as a couple and 31 years of marriage. Their romance reads like a love story, but with the odds of them living together happily ever after seeming quite a far stretch.

Julea, who was a nursing student at The University of the West Indies, developed a relationship with Donahue while he was working as a bus conductor in Kingston.

The path to their love affair was never easy from the get-go, as the couple encountered opposition on both sides. Persons in Julea’s community made disparaging remarks about the relationship because they could not understand how someone training to be a nurse could date a bus conductor.

Julea’s mother was dead set against the relationship from day one, and told her daughter so in no uncertain terms.

When it came to her future son-in-law, she made sure that he, too, knew how she felt.

Finding it amusing now, Donahue recalled his early encounters with his mother-in-law who, he said, “hated me like poison”.

“Listen, dat woman would see me and, when she cut her eye at you, you better make sure you move out of her way. If dat cut yeye ketch you, it buss you in two,” he shared in between laughter as he said, today, she loves him just like any one of her sons.

Looking back, Donahue confessed that he couldn’t blame her for the way she felt about him as, “not even me wouldn’t waan me. That’s why I have to love my wife so, because she saw something in me that not even I saw in myself.”

He said his own great grandmother didn’t believe the relationship would last as, after he took Julea to meet her, after she left, his great grandmother told him to go find something do wid himself as she told him in no uncertain terms that, when his love left university, “she gwine married a doctor and left you”.

The criticisms and the doubts seemed to do nothing but strengthen their bond as Julea recalled how they did everything together as a couple.

“We cook together. Donahue would knead the dumpling and I would peel the food. We quarrel, but my thing is, never go to bed upset with each other. So I always tell him, makes no sense vex with him for two hours. I always tell him ‘the day I vex with you is the day I leave you. I don’t have the energy or the strength’,” she shared with Family and Religion.

In October 1989, Julea was recruited for a nursing job in the United States and the agent told Donahue that, if they got married, he could accompany her. Donahue, who had just got a job with the Jamaica Teacher’s Association as a chauffeur to the president, refused the offer, as he said his life “was just turning out. So I told her ‘go as I was not getting married to go to America’.

“So she went to America and I never knew that I could miss somebody so. Every night, I was home restless. I ended up going to a phone booth one Sunday night and called her. I asked her if the deal was still on,” he shared.

This time, Donahue was relieved when he was told that, if they got married, he could join his wife.

Recalling her wedding day – March 29, 1990 – Julea said she must be the only bride who never knew the day she was getting married as she said Donahue told her he was taking her out and, fortunately, she wore a simple white dress for their date.

That ‘date’ was her wedding. When she walked into the house, the preacher was already there, Bible in hand, and her friend as a witness.

Laughing, she said they had to do a “blam sham” wedding in August, in order not to offend their families. So now they celebrate two anniversaries every year.

Sharing the secret of their union overcoming every hurdle, Julea said it is all about compromising, communication and not setting up any barriers.

She will be the first to tell anyone looking for love to “go with your mind because we all have our likes and dislikes and what we would want. But give people a chance … follow your mind”, as she shared that, when she realised she was on to a good thing, she embraced it.

“Profession is not the marker. It is how you treat each other, is the love that you show,” she said.