Retired Jamaican-Canadian judge appointed to the Order of Canada 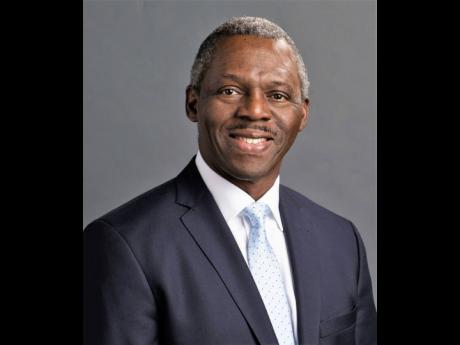 TORONTO: Hugh L. Fraser, retired Jamaica-born Ontario judge, former Olympian, and a recognised international expert in sports law, has been appointed to the Order of Canada.

Fraser was born in Kingston, Jamaica, in 1952 and grew up with his paternal grandmother for five years before immigrating to Canada at age seven with his younger brother to join his parents, Cecil and Rose, in Kingston, Ontario, in 1959.

He was among 135 Canadians – and the only Jamaican - appointed to the Order by Governor General Mary Simon on December 29, 2021.

Fraser was honoured ‘for his transformative contributions to Canadian sport as an internationally recognised expert in sports law and as a former Olympian.’

“Canada is defined by the people that make up this great country. These most recent nominees to the Order of Canada are shining examples of the commitment and outstanding contributions Canadians have made to the well-being of communities throughout this land, whether it be social, environmental, scientific, economic, cultural or related to mental and physical health. To all of the nominees, congratulations and thank you,” says the governor general.

Fraser says this appointment as an officer of the Order of Canada is the pinnacle for him of a life that has had many highlights.

“I am a proud Jamaican as were my parents. They made the difficult decision to bring their family to Canada in the late 1950s to explore the opportunities that might not have been as readily available in our birth country. This honour indicates that I have made a significant contribution to my adopted country. I have been given much and have tried in turn to contribute as much as I can to reflect my appreciation for the blessings that I have received. One can hope that appointments, such as this Order of Canada award, will help pave the way for future generations,” said Fraser, who was a part of Team Canada at the Olympics in Montreal in 1976.

His hopes of competing four years later came to an end when Canada withdrew from the 1980 Moscow Olympics following the Soviet Union’s invasion of Afghanistan.

He says his parents never let them forget that Canada was not a perfect country; “that we would face many challenges including possible discrimination, but that there were many possibilities to achieve success if we applied ourselves and avoided the temptation to use excuses for any lack of achievement”.

Fraser graduated from Queen’s University with a B.A. (Hons.) in 1974, received a J.D. in 1977 from the University of Ottawa Law School, and was called to the Bar of Ontario in 1979. His father, Cecil Allan Fraser, was the first black graduate of the Queen’s law programme.

After an accomplished career as a justice of the Ontario Court of Justice (Ottawa), Fraser joined JAMS, the largest provider of alternative dispute resolution services worldwide.

He was appointed as a judge of the Ontario Court in 1993 and became regional senior justice for the East Region of Ontario in 2013, a position in which he managed and advised more than 70 judges and justices of the peace.

‘BE THE BEST YOU CAN BE’

As an arbitrator for the Court of Arbitration for Sport (CAS), he was appointed to its first ad hoc court and has served as either sole or panel arbitrator in dozens of sports-related disputes. He is a member of several ADR panels in North America and Europe and has conducted arbitrations throughout the United States and Canada, as well as in Australia, Brazil, Malaysia and Switzerland.

Prior to his appointment to the bench, Fraser worked as a barrister in private practice, as counsel to the Canadian Department of Justice and as corporate counsel for a multinational technology firm. He has also served on the Canadian Human Rights Tribunal.

Asked what would be his advice to new Jamaican immigrants to Canada about the possibilities of success, he says the message to new immigrants from Jamaica to Canada six decades later is a similar one.

“Work hard, be the best that you can be, integrate yourself into Canadian society, embrace the many wonderful benefits that Canada offers to those with a good work ethic and ambition, and you can and will achieve success. Don’t be discouraged by setbacks along the way. With a willing spirit, the possibilities are endless for today’s newcomers to this country. Those who came before us did a lot of the hard sledding.”

The new appointees will be presented with their insignia at investiture ceremonies to be held on future dates. Created in 1967, the Order of Canada is one of the country’s highest honours for people “whose service shapes our society, whose innovations ignite our imaginations and whose compassion unites our communities”. More than 7, 500 people from all sectors of society have been invested in the Order of Canada.